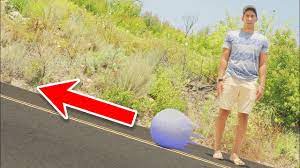 Everything on earth is held in place by gravity. According to Newton, there is a force of attraction. However, there are strange places around the world where this gravitational force doesn’t seem to work. It might sound crazy, but you will need to see it to believe it. Here’s a list of places where gravity has no role to play.

The Mystery Spot in California is one of the many gravitational anomalies that you will find around the world. Discovered in 1939, this spot was opened to the public in 1940. Within the mystery area, you will be amazed to witness that the laws of gravity actually don’t seem to work. It features a ‘mystery shack’ that looks like falling over, people are seen to walk here in tilted position, and things seem to roll uphill. You would need to see it to believe it.

Try this experiment if you ever happen to visit the Hoover Dam in Nevada—pour water from a bottle over the dam. You will witness that instead of going down, water starts flowing upward. The reason behind this is the very powerful updraft that the structure of the dam creates, whereas the water is carried upward by the wind.

This small hill route, on the Leh-Kargil-Baltik national highway, is known as the Magnetic Hill that can pull cars uphill. Some even say that airplanes passing this place have to increase their altitude. However, if you put your vehicle in neutral, and turn off the engine, it will start moving slowly on its own. While many believe in the magical properties of this area, others are of the view that this is created because of the optical illusion created by the area’s layout. Whatever be the reason, the sight of the vehicles moving on their own is a rare sight to witness.

This rock looks like it’s going to fall any second and is covered with gold. However, in reality, it has been sitting there at the same place for more than 2500 years! The boulder sits along with a pagoda built on top of it at a height of 49 ft. As per the legends, the boulder is held by Buddha’s hair. Although the boulder is not fixed, it still remains hanging without any support. It’s believed that the boulder can be moved only by a woman, which is the reason why women aren’t allowed to touch the rock.

Imagine a waterfall not cascading down. Well, there is one on the Faroe Islands, where the water seems to move upward, i.e., defying the law of gravity. In fact, the waterfall, rather than defying gravity as the name suggests, goes upside down when strong gusts of wind blows against the flow of the waterfall. The optical illusion that is created might blow your mind for sure if you are seeing it for the first time.

The Bundelkhand Expressway: 10 things you need to know about the 296-km highway