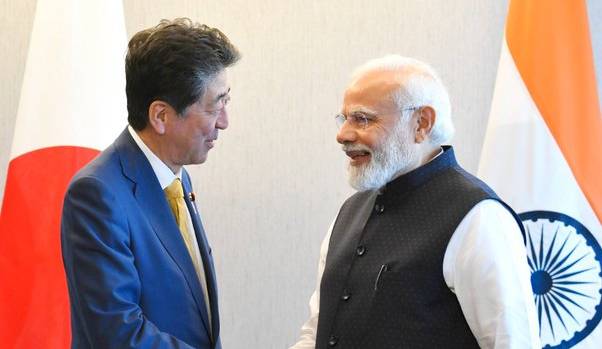 World leaders on Friday mourned the shocking and untimely death of former Japanese prime minister Shinzo Abe who was shot at during a campaign event in the city of Nara, in western Japan. As a sign of respect, Prime Minister Narendra Modi, announced that one-day national mourning will be observed on 9 July as a mark of India’s deepest respect for the former Japanese prime minister.

Prime Minister Narendra Modi has expressed deep distress at the attack on former Japanese PM Shinzo Abe, who is in a critical condition after being shot during a campaign speech on Friday in western Japan.
Abe was airlifted to a hospital but he was not breathing and his heart had stopped, officials in Japan said.
“Deeply distressed by the attack on my dear friend Abe Shinzo. Our thoughts and prayers are with him, his family, and the people of Japan,” Modi tweeted.

“My association with Mr Abe goes back many years. I had got to know him during my tenure as Gujarat CM and our friendship continued after I became PM. His sharp insights on economy and global affairs always made a deep impression on me,” he added.

Modi mentioned that during his recent visit to Japan in May, “I had the opportunity to meet Mr. Abe again and discuss many issues. He was witty and insightful as always. Little did I know that this would be our last meeting. My heartfelt condolences to his family and the Japanese people.”

He also credited Abe for his “immense contribution” towards elevating India-Japan relations to the level of a Special Strategic and Global Partnership. “Today, whole India mourns with Japan and we stand in solidarity with our Japanese brothers and sisters in this difficult moment,” PM Modi wrote.