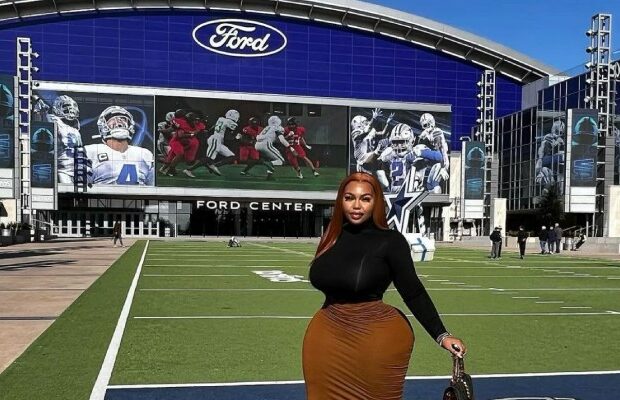 When Myesha Boulton started her weight loss journey, she would have never guessed that she would be inspiring a health and fitness movement with millions of people joining her online. Eventually building the strong social media presence we all know today. The confidence boost from this success will later set her up for even bigger things in life. Boulton’s story is proof that big goals can lead to an even bigger impact than we could ever imagine. So don’t be afraid to aim high, because you never know where it might take you.

Myesha Ashley Boulton was raised in Chicago and always had a sense that she was destined for great things. Little did she know that she would go on to inspire millions of people with her story. After high school, like many students, Myesha wanted to find a good-paying job and live a comfortable life. So, she enrolled in a nursing program. But during her time in the program, Myesha realized that she needed to also focus on better herself an a individual. And that’s how the mega influencer we know today as Myesha Ashley Boulton arrived on the scene.

Myesha’s fitness journey quickly attracted millions and millions of people and she instantly became one of the most popular fitness models on Instagram. After her popularity as a fitness persona, she tried her hand at acting and found success in comedy. To pursue her goal of becoming a well-known fitness content creator, she moved to Dallas, Texas, where she discovered that she could try her hand in the real estate market. Success did not shy away from knocking on her door. As she always loved the idea of doing business in real estate and already had a knack for property investments.

Myesha Ashley Boulton’s story is an inspiration for anyone who wants to achieve great things but might not be sure how to get started.

Myesha’s story is a reminder that in order to reach your goals, you have to take action and put in the work. Myesha still spends most of her time perfecting the craft of real estate, and when she’s not working, she enjoys traveling the world. Myesha’s goal is to promote success beyond all measures and uplifting one another without hesitation. She believes in positivity against all odds and continues to promote the same.

Are you getting an iPhone 14 from the US? Here are four things to keep in mind

The cheetahs leaving for India today: A top expert that is accompanying the animals says human conflict is the country’s biggest concern