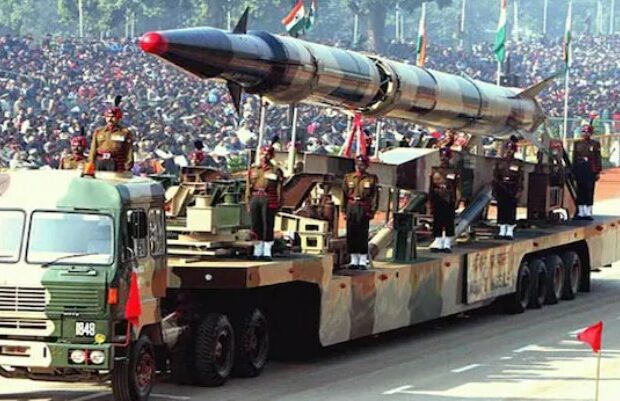 In order to eliminate approaching enemy missiles, India has made tremendous progress in building endo-atmospheric and exo-atmospheric intercept systems.

According to Dr. Samir Kamat, head of the Defense Research and Development Organization, the AD-1 interceptor missile, which successfully completed its first test on Wednesday, represents “a considerable jump” in the Indian military’s capacity to defend the nation against long-range ballistic missiles.

The Phase II BMD (ballistic missile defence) AD-1, according to r Kamat, is capable of intercepting any projectile in the 5,000 km-class.

“We now have the capacity to intercept opponents who aim long-range attacks at (us). Our ability to defend against ballistic missiles has significantly improved “He remarked.

The AD-1 can be used to engage hostile aircraft, according to the ministry.

The missile has sophisticated (independently designed) control, navigation, and guidance systems to attack precisely. It is propelled by a two-stage solid motor.

The AD-1, a missile with a “huge kill-altitude bracket” according to officials, was test-fired from the APJ Abdul Kalam island off the coast of Odisha.

All systems “performed as per anticipated,” according to officials.

Rajnath Singh, the defence minister, described the missile as “special” and said that it used technology that was “available only with a few countries.”

Expert explains how Delhi-NCR air pollution is harming your kidneys