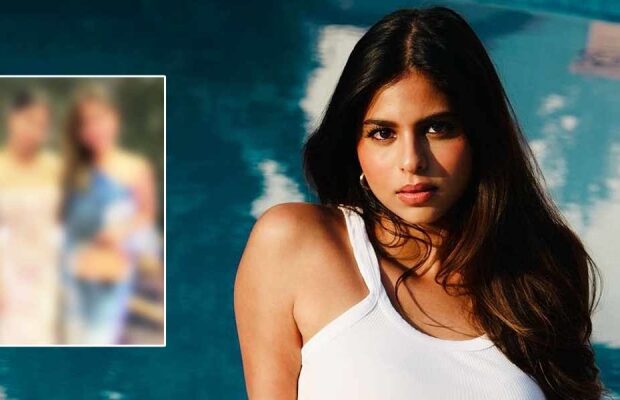 Suhana Khan was also praised in the post by the Pakistani influencer.

Suhana Khan, the daughter of Gauri Khan and Bollywood superstar Shah Rukh Khan, will make her acting debut in The Archies, directed by Zoya Akhtar. However, she is currently on vacation in Dubai with her mother, Shanaya Kapoor, and Shanaya’s mother Maheep Kapoor.

Suhana and Shanaya grinned as they posed outside for the camera. Contrary to popular belief, the ambitious actress has already achieved international stardom due to her magnetic personality, exactly like her father SRK. Suhana met her Pakistani twin in Dubai, and the photo has since gone viral.

Bareeha, a social media influencer, posted a photo of herself and Suhana Khan standing side by side on Instagram. While Bareeha donned a blue floral jumpsuit and a little sling bag, Suhana was sporting a white flowery outfit.

In her message, the Pakistani influencer thanked Suhana Khan as well. “Finally met my doppelgänger @suhanakhan2,” she added. Here is a side-by-side comparison of all the individuals who continue to DM me with her photos. I am S R K and I am winning and seeing double. Look at the image below:

Users flocked to the comment area as soon as Bareeha posted the image to her Instagram account. “FINALLLLLLLY WHEN SISTER MET SISTER,” a supporter wrote. I can’t believe this, LOL!! Omg I have been thinking this for a while now, another fan remarked. “Oh my god!” wrote another supporter. This is absurd. Many of her followers tagged her photo with heart emoticons.

Suhana Khan, the daughter of actor Shah Rukh Khan, appears in The Archies, a highly anticipated Netflix movie. Agastya Nanda, the grandson of Amitabh Bachchan, and Khushi Kapoor, the younger daughter of the late Sridevi, will make their acting debuts as well.