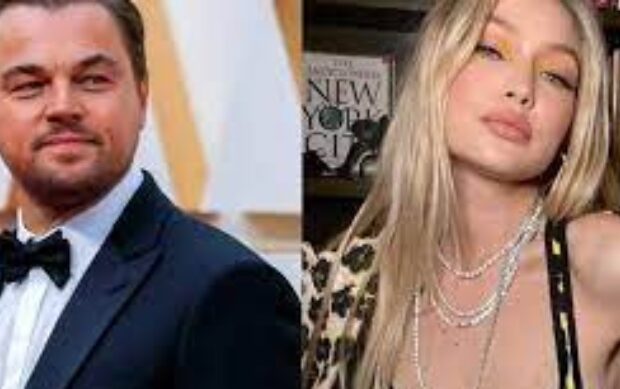 Leonardo DiCaprio has been associated with Gigi Hadid after his split with Camila Morrone.

Supermodel Gigi Hadid and Hollywood actor Leonardo DiCaprio have fueled rumours that they are dating. Just a few weeks after the actor ended his relationship with Camila Morrone, the “Titanic” actor and the supermodel were caught making out at a party in New York City, according to aceshowbiz.com.

The 47-year-old Oscar-winning star’s friends Richie Akiva and Darren Dzienciol allegedly threw a loud party at Casa Cipriani on September 10 in Manhattan’s Soho neighbourhood, as seen in photos obtained by Daily Mail, showing the actor from “The Wolf of Wall Street” and the 27-year-old supermodel leaning in close together while they tried to converse.

Leonardo DiCaprio and Gigi Hadid weren’t afraid to get close to each other either, with the ‘Don’t Look Up’ star leaning in to speak next to Gigi’s ear.

The actor appeared to place his hands on the shoulders of the model, which made the A-listers appear a touch handsy. At one point, they even appeared to reach out and potentially hold hands.

Leonardo DiCaprio kept his beard for the evening and wore a black short-sleeve shirt with a black baseball cap. Gigi Hadid opted for wide pants and a white crop top that showed off her toned stomach.

A source close to the couple told Page Six that while they are dating, they are “taking it slow” after the revelation of their first public sighting.

The insider went on to say that the couple has been out together just the two of them as well as hanging out in groups. “(Leo) is not someone who is in-and-out of relationships. He doesn’t jump around hooking up. They are taking it slow.”

Leo and Gigi are said to have recently been “getting to know one other” in New York City. While an insider told the publication that the two are “not dating” just yet, a different source claimed that the “The Revenant” star is “certainly chasing” Khai’s mother.

Leo allegedly “hooked up” with Gigi “a few times” after splitting from Camila, according to a different insider. Furthermore, it is claimed that Zayn Malik’s ex is “absolutely (Leo’s) type.”

They have been friends for a while, the source added. They are incredibly drawn to one another. She is the ideal match for him: stunning, seductive, but understated, with a one of the boys attitude.

Social media people assumed that Gigi and Leo would not date after learning that Leo is allegedly “pursuing” her because Leo apparently prefers to date younger women. Question it. It will be a quickie, she is too old for him, another user commented, adding, “27 and a single parent.” “Aww, how sweet: Leo’s first single mother,” remarked a third.

Fans have noticed that Camila and Leonardo DiCaprio’s previous relationships have all included young women under the age of 25. The actor always ended their relationship with them after that.

What is the difference between composing and arranging a song? From the words of Amiraam:

Are you getting an iPhone 14 from the US? Here are four things to keep in mind