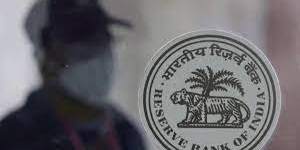 India has surpassed the UK to take over as the fifth-largest economy in the world. The next five graphs put the evolution into perspective.

According to the most recent estimations by Bloomberg, India passed the United Kingdom in end-March 2022 to become the fifth-largest economy in the world. While this has been expected for some time, Bloomberg came to this conclusion by examining historical exchange rates and the IMF database.

According to adjusted data and the dollar exchange rate on the last day of the relevant quarter, the Indian economy was worth $854.7 billion in nominal cash terms in the three months ending in March. The UK was $816 billion on the same basis, according to the Bloomberg study.

Bloomberg predicts that due to India’s rapidly expanding economy, there will likely be a significant difference between India and the UK within the next few years (see Bloomberg Graph below).

The announcement comes shortly after Prime Minister Narendra Modi urged his people to commit to making India a “developed” nation by 2047, the centennial of India’s Independence. Passing one of the largest economies in the world—especially one that governed the Indian subcontinent for two centuries—is therefore a significant accomplishment.

While performing Kesariya in Telugu at a Brahmastra function, Ranbir Kapoor blushes intensely as Alia Bhatt points at him.

Teachers’ Day 2022: When is it? Why is it important? How is it observed in India?