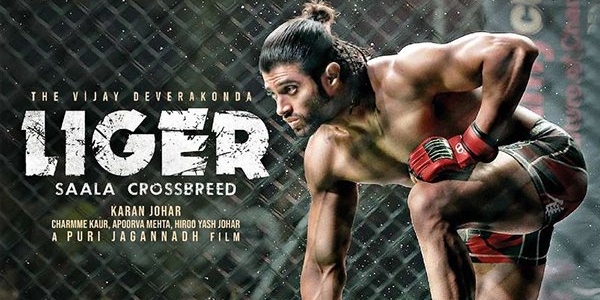 Review of Liger on Twitter: Liger, a movie starring Vijay Deverakonda, received a conflicting reception when it debuted. Check out the reviews below.

According to the movie’s trailer, Liger tells the tale of a Mumbai street kid who grows up to become a kickboxing world champion. Telugu, Hindi, Tamil, Malayalam, and Kannada are among the languages in which the movie is now playing in theatres. However, the Hindi adaptation of Liger will only have nighttime premieres today (August 25) and regular broadcasts starting on Friday (August 26). August 25 marks the movie’s theatrical release date in all other languages.

Early reviews of the Vijay Deverakonda film Liger have begun to flood Twitter. Liger appears to have debuted to a mixed response from moviegoers who had great expectations for Vijay’s first pan-Indian project, according to the early reviews on Twitter.

While some moviegoers praised Vijay Deverakonda’s performance and predicted that Liger would be a hit, other viewers vented their displeasure on social media, criticising Puri Jaganaddh’s “lazy direction,” the film’s “weak script” and “screenplay,” Ananya Panday’s “dud” acting, and Vijay’s annoying stammering. The movie was dubbed a “wasted opportunity” by some.

Liger, starring Vijay Deverakonda and produced by Dharma Productions and Puri Connects, is said to have cost a staggering Rs 100 crore to create. The total running time of the film is 2 hours and 20 minutes, with the first and second halves each being 1 hour and 15 minutes. According to an IANS report, there are six songs and seven fights in the movie.

IANS reported that Vijay remarked of his on-screen persona, “My character in the film has a stammering condition and that made it more fascinating.” He is a fighter who is physically strong and threatening to others, but he is unable to say the simple three words “I love you” to the girl he is in love with. It gave his portrayal a touch of subdued humour and depth on the emotional front. I had trouble getting the appropriate note when we first started filming, but after three days, everything came naturally.

Ronit Roy and Ramya Krishnan both play significant roles in the film Liger.

Tomato flu: Children in India are being affected by a reportedly new virus

To help save lives, Malaga Hospital developed its own unique “sepsis code”