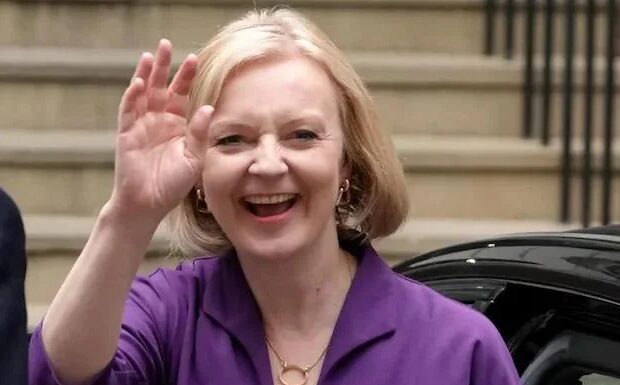 Today, Liz Truss, the next prime minister of the UK, will take the oath of office and name a cabinet in which there will be no white men holding any significant positions of power.

After defeating Rishi Sunak in the race for the Conservative leadership, Liz Truss will take the oath as the country’s new prime minister on Tuesday. After Theresa May and Margaret Thatcher, Liz Truss will serve as the third female prime minister of the United Kingdom. But there won’t be any white men in the top cabinet positions.

With 81,326 votes versus Rishi Sunak’s 60,399 among party members, Liz Truss won the election. Liz Truss, the head of the Conservative Party and the country’s foreign minister, was chosen as the country’s new prime minister on Monday.

By Tuesday night, it is anticipated that the major ministerial portfolio announcements will begin to flood in. One of the four major positions of power will be held by a person of colour for the first time in British history.

Some people, including Boris Johnson’s former race adviser Samuel Kasumu, who quit last year following a contentious report by the Commission on Race and Ethnic Disparities that some criticised for dismissing structural racism, praised the anticipated appointments, according to the Guardian.

In addition, it stated that her challenger, Rishi Sunak, is not anticipated to be given a position in her cabinet, breaking with history, which has seen most unsuccessful leadership hopefuls given positions.

Liz Truss is scheduled to arrive at Scotland’s Balmoral Castle at 12:10 p.m. local time (1110 GMT) on Tuesday, when she will be formally named the nation’s new prime minister by Queen Elizabeth. Truss was anticipated to depart Balmoral at 12:40 p.m., according to a spokesman for Buckingham Palace on Monday.

She’ll be successful. According to Reuters, after months of scandals, Boris Johnson’s administration lost support and ministers resigned to drive him out. As a result, he was obliged to announce his resignation in July.

It further stated that Johnson would deliver a speech in front of Downing Street before travelling to Scotland to meet Queen Elizabeth at her Balmoral Castle home and formally accept his resignation.

Before the launch of the iPhone 14, Apple is offering the iPhone 13 and iPhone 12 at a significant discount on Amazon. Check the specifics