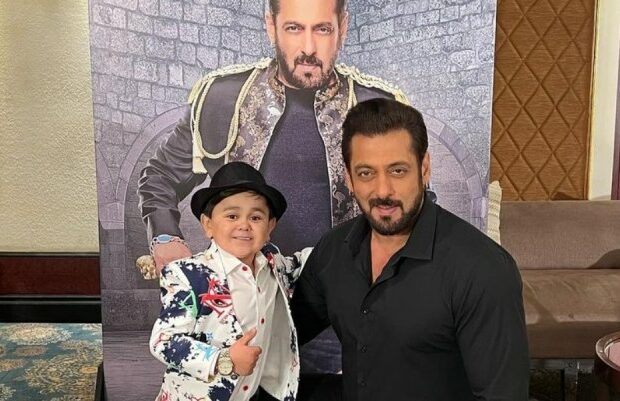 Salman welcomed him to the nation as a singer initially, asking him to sing a few songs for the audience before shocking everyone by announcing that he is the first official Bigg Boss 16 competitor.

Salman Khan revealed that Tajik singer Abdu Rozik will compete in Bigg Boss 16 as the first confirmed contender. During the press conference that took place in Mumbai on Tuesday night, the BB16 host disclosed that person’s name.

Salman welcomed him to the nation as a singer initially, asking him to sing a few songs for the audience before shocking everyone by announcing that he is the first official Bigg Boss 16 competitor. Salman was pleased with Abdu’s rendition of the Maine Pyar Kiya song Dil Deewana. Salman stated, “It’s great that he can sing Hindi songs even though he doesn’t understand Hindi.

The Bigg Boss 16 host also stated that Abdu will take part in Salman’s much-discussed movie Kisi Ka Bhai Kisi Ki Jaan in addition to appearing on the reality series. Abdu admitted during a discussion about the programme that he believes Bigg Boss is all about drama, but Salman reassured him that the programme also features romance.

Abdu added, “I am quite thrilled,” expressing his excitement about appearing on the reality show. I can’t wait to enter the house. Please vote for me, support me, and don’t argue with me. I love everyone.

Who is Abdu Rozik, a Bigg Boss 16 contestant?

Abdu Rozik, a singer and performer from Tajikistan, was named as the first confirmed competitor of Bigg Boss 16 on Monday. His song “Ohi Dili Zor” became a hit on the internet. Avlod Media, the singer’s YouTube channel, has more than 580k subscribers. He counts 3.5 million Instagram followers and has photos with various celebrities, including Cristiano Ronaldo. Salman confirmed that Abdu, who reportedly comes from a family of gardeners, is older than 18 and qualified to compete in Bigg Boss 16.

Sharing a picture with Salman Khan from the Bigg Boss 16 press conference on Instagram, Abdu wrote, “I am the Official first contestant of Bigg Boss announced today by my brother @beingsalmankhan ️ feel so happy and grateful to have this opportunity. Watch out for the drama from October 1st on @colorstv #BB16 #BiggBoss16 #BiggBoss16PressCon #tajikistan #dubai #india #mumbai.”Salman Khan is yet to reveal other contestants for the show this year.

Deepika Padukone is recovering after being taken to the hospital