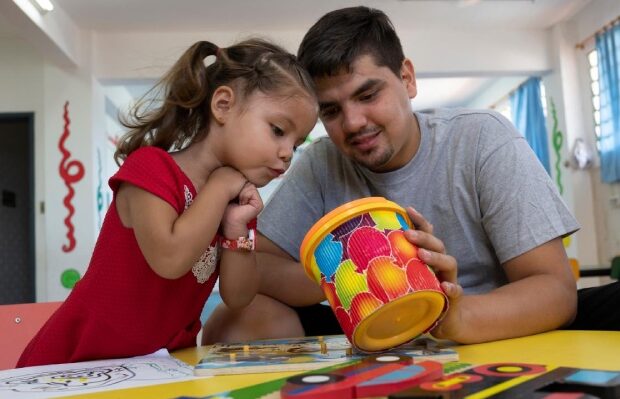 Most mental illnesses manifest early symptoms between the ages of 15 and 17, but the majority of people seek treatment as adults. Examine the significance of mental health for your child as they attend school on a regular basis.

Before delving into why mental health is important for children, parents and teachers must first define mental health. The Centers for Disease Control and Prevention (CDC) in the United States defines child mental health as reaching developmental and emotional milestones, learning healthy social skills, and learning how to cope when problems arise. Though this is a widely accepted definition of healthy mental development, the Government of India clarifies that, in addition to reaching milestones, mental health is the state of overall physical and social well-being.

Most mental illnesses manifest early symptoms between the ages of 15 and 17, but the majority of people seek treatment as adults. If schools, teachers, and parents take an active role in mental health, we can halt the progression of mental diseases through early intervention.

In an interview with HT Lifestyle, Meghna Yadav, Child Psychologist and Head of Training at KLAY, discussed the importance of your child’s mental health as they attend school on a regular basis.

The School’s and Society’s Roles

The school and society in which a child grows play a critical role in the development of holistic mental health in children. When a child leaves the safe environment of their home, they face the real challenges of life. It is critical to maintain a balanced and healthy mental state at this point.

A child’s balanced emotional and mental state has been found to be important when it comes to academic success. If a child can manage grades, participate in classroom discussions, and attend school on a regular basis, parents and teachers can consider these to be good indicators of a child’s mental health. On the other hand, if a child is struggling, it is difficult to notice until it reaches a critical stage.

Red flags to be aware of

To begin, both parents and teachers must be on the lookout for symptoms such as attention deficits, cognitive disturbances, lack of motivation, and negative mood displayed by the child in daily activities. The most important role of a healthy mental state is to allow the child to maximise his or her potential. A child’s potential may not be realised if he or she does not have a healthy mental state.

Numerous studies show that a healthy mental state not only promotes academic growth but also basic human skills such as leadership, socialisation, and problem-solving abilities. A strong mental state allows the child to concentrate on tasks and promotes the formation of healthy social bonds. In the absence of this, children tend to engage in inappropriate behaviour that is detrimental to the development of strong personality traits. This is best illustrated with the example of Hyperkinetic Disorder, also known as HKD. It is one of the most common mental health issues, with a prevalence of 1-6% among the general population.

children, particularly in the aftermath of a pandemic Significant hyperactivity, attention deficit disorder, and increased impulsivity are among the key symptoms. Children with HKD are easily distracted, jump up in class, shout out in class, can only focus their attention for a short period of time, miss important information in class, disrupt their peers, drop class materials, or topple over with their chairs. In such cases, children are unable to maintain expected structured behaviour for several hours and, as a result, lose self-confidence. Unfortunately, this is an irreversible loss that will take years to overcome.

To summarise, if a child is blessed with a strong mental and emotional state, this must be nurtured by significant adults in the child’s life. However, if there is any indication of a child’s fragile mental state, it must not be ignored at any cost. Children’s mental health problems, such as hyperkinetic disorder, depressive traits, and specific developmental disorders of scholastic skills such as reading, arithmetic, or spelling disorder, impair performance and significantly increase the risk of truancy and related problems. This is not something to be taken lightly, and if addressed in a timely manner with a scientific mindset, rather than stigmatising, it can be eliminated from a child’s life.

Expert explains how Delhi-NCR air pollution is harming your kidneys