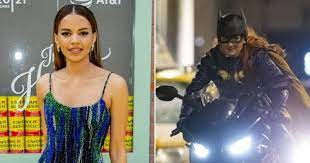 Leslie Grace appeared to be on track to make her film debut in the eagerly anticipated Batgirl standalone movie despite the DCEU release calendar for Warner Bros. constantly altering. Although there has been a lot of anticipation for this release, there have also been some issues.

When filming for the bat-centric solo movie came to a finish, Batgirl was later changed from an HBO Max release to a big-screen debut. Then, in the midst of Warner Bros.’s public merger with Discovery, the new film’s premiere was postponed until after Shazam! : Fury of the Gods and Black Adam wrap out the year for Warner Bros.

With this push keeping Batgirl out of the public eye longer than expected, fans are certainly anxious to find out more about this new take on the Caped Crusader. However, a recent stream of news releases adds even more confusion to what’s going on with Barbara Gordon and crew within the DCEU.

Despite the planned Batgirl movie costing $70 million, Warner Bros. reportedly removed it from its release schedule, according to The New York Post.

The new solo movie has apparently been “shelved” by Warner Bros., which means it might never be shown in cinemas or on HBO Max, according to a reputable Hollywood insider who spoke to the publication.

The report indicates reactions to the Batman spin-off were so bad that Warner Bros. decided to abandon the film.

The Wrap added to the legitimacy of the original report with its own information, indicating that Warner Bros. is heavily focused on big screen blockbusters that are seen as “big theatrical event films,” and the studio doesn’t see Batgirl as that kind of event. The outlet attributed this to Batgirl not being written or produced as a film that would be released theatrically.

Though the film received a budget bump and reshoots, the leaders at Warner Bros. reportedly didn’t believe these efforts worked to improve the film. The report noted that the studio does want to work with starring actress Leslie Grace again, along with directors Adil El Arbi and Bilall Fallah.

The Hollywood Reporter corroborated the claims, stating that the move comes due to Warner Bros. Discovery’s new CEO David Zaslav wanting to cut costs and the company’s new strategy viewing big-budget films as not suitable for release on streaming exclusively. Also on the chopping block was the animated film Scoob!: Holiday Haunt.

Deadline further confirmed the reports, indicating that the movie will not be released on any platform, even though Warner Bros. “is in the final stages of post-production” for Batgirl right now.

OnePlus10T 5G launching today at 7:30 PM; Expected price, specifications, when, where and how to watch LIVE event