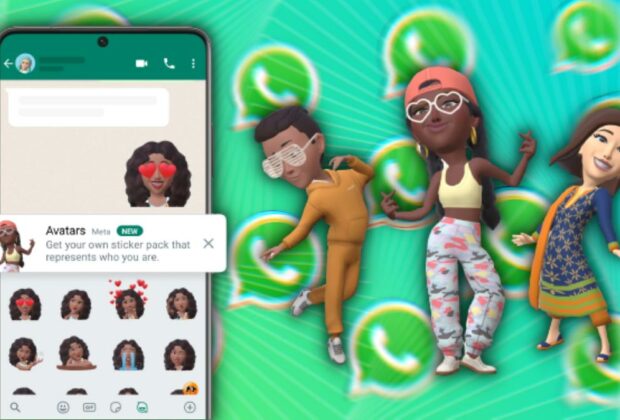 Months after their introduction on Instagram, Facebook, and Messenger, 3D avatars that can be used as profile photos or customized stickers have begun to be made available to WhatsApp users worldwide.

Mark Zuckerberg, CEO of Meta, announced on Facebook on Wednesday that avatars will be coming to WhatsApp. The announcement comes after WhatsApp beta testing that lasted for months was first reported in June by WhatsApp beta tracker WABetaInfo.

WhatsApp stated in a blog post that users could use personalized avatars as their profile picture or select one of 36 custom stickers that depict various actions and emotions. WhatsApp’s avatar stickers resemble Apple’s Memoji and Snap’s Bitmoji.

“Your avatar is a digital version of you that can be created from billions of combinations of diverse hair styles, facial features, and outfits,” the company behind the popular instant messaging app said.

When WhatsApp goes live, users will be able to make their own avatars by going to the Settings menu. According to information on a FAQ page, the messaging app will also include a “Use Avatar” option in the profile photo settings so that users can use their virtual avatar as a profile picture.

Facebook and Messenger received 3D avatars modeled after Bitmoji from Meta in 2019. The social networking giant initially launched in markets like Canada, Australia, New Zealand, and Europe, but in 2020, it expanded to the United States. Avatars were also added to Instagram at the end of January.

Tesla would appear that returning to the radar for its vehicles

Smoove Desi has Owned the Game and Now Running It