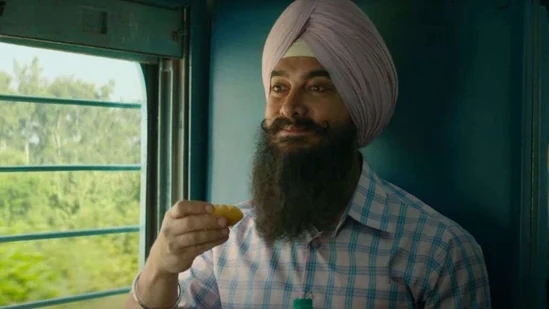 When Aamir Khan read the Laal Singh Chaddha script, written by Atul Kulkarni, the main character was already positioned as a Sikh, and it felt “organic,” according to Khan. According to the actor, the plot and character will highlight “a very difficult moment” that the neighbourhood went through in 1983–1984.

Laal Singh Chaddha, starring Aamir Khan, will be released on August 11. In a recent interview, the actor was questioned about why he chose to portray a Sikh in the Hindi adaptation of Tom Hanks’ beloved Hollywood film Forrest Gump. Although “technically” the character could be played by anyone, Aamir claimed that Atul Kulkarni, the film’s screenwriter, had constructed the tale so that viewers could “invest their emotions very powerfully” in the character and the events of 1983–1984. The Sikh community “went through a lot of difficulties at that time,” the actor continued.

Forrest Gump, a 1994 Hollywood classic, has an official Hindi version in the form of Laal Singh Chaddha. Along with Aamir, Kareena Kapoor, Mona Singh, and Naga Chaitanya, the movie is Aamir’s debut in four years. Aamir recently discussed why the film’s main character is Sikh and not from any other background in an interview. Aamir is depicted in the movie’s poster and trailer sporting a long beard and donning a Sikh turban.

“Atul (Atul Kulkarni) had previously established him as a Sikh in his adaption (of Forrest Gump). We were already reading a Sikh character when we got the script. As a result, it seemed quite spontaneous and natural to us. Therefore, none of us questioned his Sikh faith. However, now that I think about it, he might theoretically be anyone, including a south Indian. But in our timeline of recent socio-political history, 1983–84 was a very crucial and challenging period, and the Sikh community faced many challenges at that time, said Aamir to writer Baradwaj Rangan.

Aamir stated that the film’s writer, Atul Kulkarni, aimed to elicit strong feelings from the viewers by having the main character a Sikh. Aamir stated, “I think what Atul was attempting to accomplish and I think he did that very well, is that you are actually investing your emotions very deeply in the character, in the occurrence, and then from there… in the film.”

Atul recently stated that “every small detail has a reason” when discussing Aamir’s appearance in the movie in an interview with Hindustan Times. There is a lot to say about Aamir’s portrayal of Laal Singh Chaddha, but if I do, I will be giving the audience a spoiler, he remarked. But I will state

Canada Has Over 10 Lakh Job Vacancies And Counting