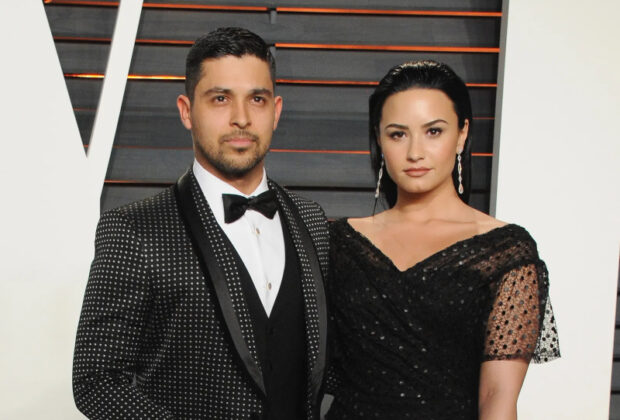 Demi Lovato—who uses both they/them and she/her pronouns—is currently getting ready to release her next album, Holy Fvck, and the just-released lyrics from her song “29” certainly seem to call out her ex Wilmer Valderrama.

The song, the sixth track on her upcoming album, was previewed in a Discord “listening” party and some of the lyrics are now up on Genius.

“Holy Fvck” is the name of Demi Lovato’s upcoming album ― and presumably the reaction Wilmer Valderrama had when listening to her pointed new track.

A snippet of a currently unreleased song titled “29” from Lovato’s eighth studio album made the internet rounds this week, leading many fans to believe that it references the former couple’s 12-year age difference.

Lovato, 29, and Valderrama, 42, dated for nearly six years before calling it quits in 2016 and seemingly have remained on good terms since then.

But the new song, which the singer has yet to confirm or deny is about the “That ’70s Show” alum, paints a decidedly different picture and contains lyrics about a troubling relationship with a much older boyfriend seemingly aimed at Valderrama.

“Petal on the vine / Too young to drink wine / Just five years of bleeders, student and a teacher,” she sings on the track, which was posted on TikTok by Demi_Artistry. “Far from innocent / What the fuck’s consent? / Numbers told you not to / But that didn’t stop you.”

The two ultimately went their separate ways a year later, explaining in a joint statement on Instagram at the time that they just work “better as friends.”

“After almost 6 loving and wonderful years together, we have decided to end our relationship,” the statement read. “This was an incredibly difficult decision for both of us, but we have realized more than anything that we are better as best friends. We will always be supportive of one another.”

Both have moved onto new relationships since then and even reunited professionally for the animated movie “Charming,” which was released on Netflix last year.

Lovato congratulated Valderrama on his engagement to model Amanda Pacheco, sharing that she’s “really happy for him,” and she wishes him “nothing but the best.”

“We’re not in each other’s lives, haven’t spoken in a long time. But I think I needed that because I needed to learn to be OK on my own,” she told Harper’s Bazaar in 2020. “When you get into a relationship with somebody at that young of an age and then you spend six years with somebody, you don’t really get to learn about yourself.”