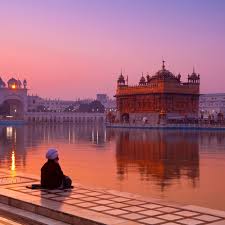 Golden Temple is the holiest shrine of the Sikhs, 160-kg gold worth ₹50 crore being plated on the domes of Temple. Since it coated with gold it known as Golden Temple.Golden temple another name is Harmandir Sahib.

The Golden Temple is a sacred place for Sikhs who call it Harmandir Sahib. There are four entrances to the Golden Temple – doors to the north, south, east and west. This is because Sikhs believe in welcoming everyone from the four corners of the world.

All religion people allowed to visit this temple, but All Visitors have to cover their head with cloth which too is available outside the temple.

How do I get to Golden Temple by train?

How to reach By Air

The nearest airport to reach Golden Temple is at Amritsar.Which is 15 km from city center. Raja Sansi International Airport offers a range of domestic as well international flights to the main cities of India and foreign countries connecting Punjab.