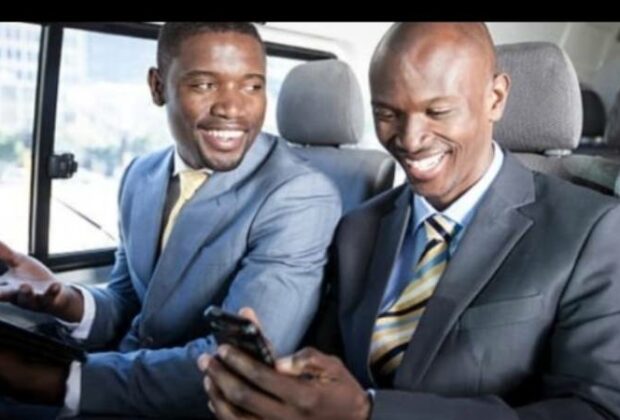 As we approach the halfway mark of 2022, one positive thing that Malawians can look forward to in the second half of 2022 is the new LoxLift.com transportation platform; an app designed to revolutionize transportation in Malawi by making private taxi car service and logistical trucking transportation financially feasible and convenient. The company looks to make a serious ripple effect in 2022 with an extensive marketing budget thanks to the company’s American investors. In anticipation of the emerging corporation’s impact on the country, we had a chance to sit down with the Co-Owner and Chief Executive Officer Justin Luwemba.

“This platform will really boost Malawi’s transportation industry”, said Luwemba.  Luwemba went on to say “Malawi has already begun moving in this direction and catching up with the rest of the world. For example, companies such as Ecoride have already created platforms similar to Uber and Lyft. We want to partner with companies like Ecoride as well as traditional taxi services to amplify and promote their services. We are not in competition with these companies, we are only here to help and empower them”.

The functionality of the site is particularly straightforward and allows anyone with an operational vehicle and valid driver’s license the potential to become very profitable.  Perhaps the most intriguing aspect of Lox Lift is the fact that they appear to be one of the only private car service companies that gives its drivers complete control over their revenue.

American Co-Owner and CEO Elliott Decoursey Carter reveals more insight into the issue. “Obviously a lot of research and development went into this platform and one of the biggest complaints we heard from drivers with other private car service platforms is that they have no control over their earnings or fare rates.  So we decided to empower the drivers by charging a small nominal fee for access to our platform, and then leave all of the fares and payments between the customer and the driver. Each individual driver is unique in their own way and some would be willing to take a client for more or less than another driver would for whatever reason.

We feel that by giving our drivers complete control of their income, we will naturally create a self-regulating market, where the top drivers will be chosen and rewarded by the people, while those who offer a lesser quality of service or are simply charging too much for their services will naturally not be as successful as the top tier drivers and may eventually even be phased out by natural selection. By giving our drivers the freedom to make these decisions while simultaneously giving our customers the ability to leave public ratings and reviews on their experience with each individual driver, the market will dictate itself and the cream will naturally rise to the top”, said Carter.

Remarking on further Lox Lift improvements, Luwemba uncovers the arrangement to launch the platform before the completion of the application. “We originally intended to roll out the website and application at the same time”, said Luwemba. “However the need and demand for a platform like this is so strong that we decided to launch with just the website while our app is entering its final stages of development. While our app will offer a more compatible user interface, the website alone is completely and fully functional”, said Luwemba.

Be that as it may, the achievement of the goal to be accessible all over Malawi is subject to a sufficient network reception of nearby service providers, in particular TNM and Airtel. “Both Airtel and TNM have been a pleasure to work with and we wouldn’t want to be partnered and dependent on any other companies than them”, said Carter.  He adds, “They have both assured us that they are equally as passionate and invested in making reception coverage available in every possible region of the country as we are. We want each Malawian to have access to Lox Lift 24/7, no matter where they are located.”

Generally speaking, both Co-Owners and CEO’s appear to be quite confident about the eventual trajectory of Lox Lift, taking note that just as many taxicabs are enlisting on the platform as private vehicles. As Lox Lift looks to revolutionize Malawian transportation, the country as a whole looks to move forward into the future as platforms like Lox Lift and Ecoride spearhead the movement.  We will all keep a close eye on how they each perform as their potential success may point to significant implications.