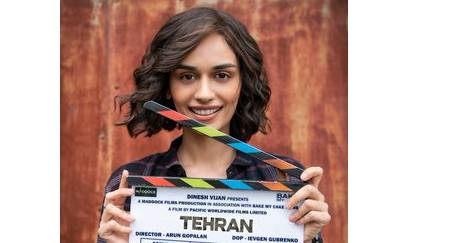 “Tehran” is written by Ritesh Shah and Ashish Prakash Verma. The movie is a Maddock Films production in association with Bake My Cake Films.

The production banner shared the news on its Twitter page alongside photos of the actor. In the pictures, Chhillar is seen sporting short hair and holding a gun as she poses with Abraham.

The former Miss World, who made her acting debut with Akshay Kumar-starrer “Samrat Prithviraj”, said she is super excited to be part of “Tehran”.

“Super excited to join the one & only @TheJohnAbraham on #Tehran. This journey is going to be really special!” the 25-year-old actor wrote.

For the film, the model-actress has to undergo rigorous training for her action avatar. “It is an ambitious project and the makers wanted to cast a new face with a great on-screen personality. Manushi fit the bill to a T. This will be the third film in her filmography,” a source was quoted as saying to IANS.

Chillar has signed another project too. She will be seen sharing screen space with actor Vicky Kaushal in the upcoming film ‘The Great Indian Family’.

Breaking News: London firefighters are battling to save burning homes on Britain’s hottest day ever recorded.

The miracle of the prayer frequencies, according to Mr. Mohammad Arshianfar