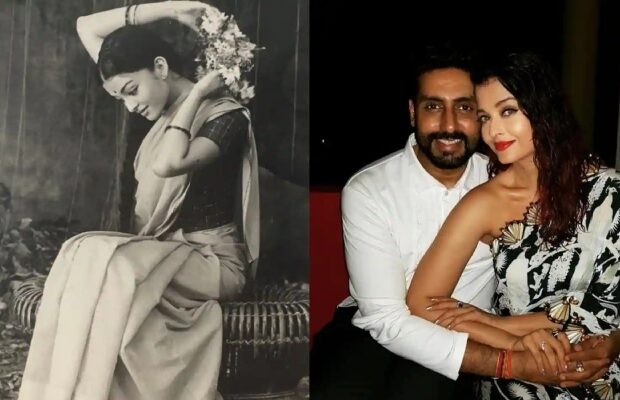 Aishwarya Rai Bachchan is celebrating her 49th birthday today, and Abhishek Bachchan has shared a heartfelt note on Instagram, along with a lovely photo of the actress.

Aishwarya Rai Bachchan, a Bollywood actress, is celebrating her 49th birthday today, and messages of congratulations have been pouring in since midnight. Birthday greetings for Aishwarya have poured in from her fans, family, and film industry colleagues. Fans were eagerly awaiting a post from her husband, Abhishek Bachchan, who has now shared an adorable Instagram post wishing his wifey a happy birthday.

Abhishek Bachchan’s post was brief but to the point. He took to Instagram to share a beautiful monochromatic photo of Aishwarya Rai Bachchan. It’s from her debut film, Iruvar. For those who are unaware, Aishwarya made her acting debut in 1997 with Mani Ratnam’s Tamil film Iruvar, in which she played a dual role. Abhishek’s photo shows Aishwarya looking stunning in a simple saree. Abhishek wrote an endearing note in his caption, wishing her love, peace, and success.

Abhishek Bachchan’s birthday post for Aishwarya received a tonne of likes and comments in a short amount of time. One supporter said, “Wow! Such a lovely image,” another person commented. Happy birthday.

On the work front, Aishwarya Rai was last seen in Mani Ratnam’s magnum opus Ponniyin Selvan I. The actress essayed Nandini, The Queen Of Pazhuvoor. The film also starred Trisha Krishnan in the lead role, and it earned massive appreciation from fans. Meanwhile, Abhishek Bachchan is gearing up for the release of Breathe: Into The Shadows season 2, which will premiere on Amazon Prime Video on November 9.

Wish to get hold of the finest plant and cannabis experiences in Scarborough and Markham? Spiritleaf Scarborough is all you need

In the Morbi bridge collapse case, lawyers’ associations have decided not to represent the accused: a report