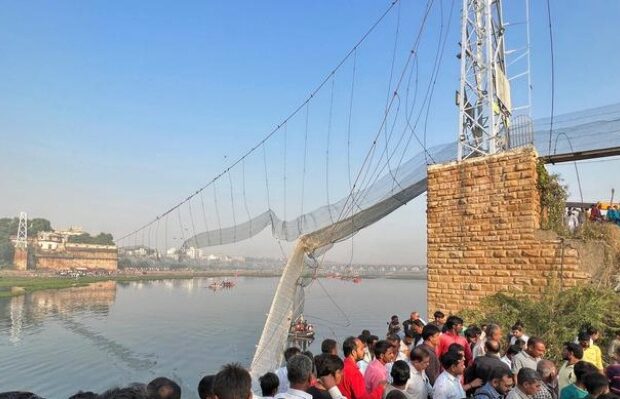 The company that was in charge of the maintenance work, Oreva, was blamed by the prosecution in court on Tuesday. It claimed that the contractors lacked the skills necessary for the repairs.

The Ahmedabad-based Oreva Group came to light after the bridge collapsed just days after it reopened to the public. While overcrowding was a contributing factor, it has now been found that the repair work was inadequate. The prosecution stated in court on Tuesday that while the bridge’s floor was restored, the cable was not. As a result, the cable cracked under the weight of the floor. Following the repair, the floor itself got heavier. There was also crowding on the occasion of Chhath Puja.

The bridge was reopened to the public on October 26 by Oreva Group’s managing director, Jaysukh Patel, following an eight-month closure due to repair work. Patel stated that Oreva spent 2 crore on the makeover, which included the hiring of experts. The bridge fell four days later.