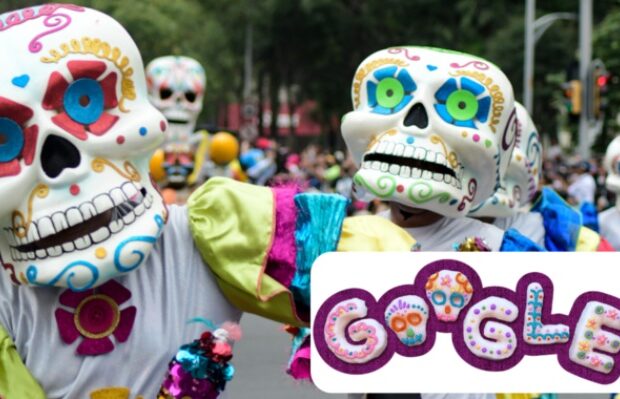 On November 2, Google Doodle will honour Da de los Muertos, the most significant annual festival in Mexico. The traditional festival, also referred to as “Day of the Dead,” brings a multi-day holiday that enables families and friends to get together to honour the deceased by presenting prayers, food, and flowers.

The festival has been celebrated by indigenous tribes in Mexico for a very long time, claims Google. Since ancient times, the Aztecs and Mexicans have held the belief that the souls of the deceased come to visit the living once a year. Spanish settlers adopted the custom in the sixteenth century, and they later turned the festival into a holiday.

To welcome their departed loved ones home, Mexican families and clans place photos of them on their personal altars and light candles. People share food and joy while entertaining guests in their homes and showcasing their distinctive decorations. Despite having its roots in Mexico, the “Day of the Dead” is now observed in a number of Latin American nations.

The final day of the Allhallowtide triduum, All Souls Day, which is observed by Western Christians, falls on the same day as the “Day of the Dead.” Churches and priests hold mass on All Saints’ Day to pray for the departed who are thought to be in purgatory. In the eleventh century, Odilo, a Benedictine abbot of Cluny, standardised the commemoration of All Souls’ Day. It has been celebrated on November 2 ever since.

In the 16th century, Spanish settlers made the festival a holiday.

The “Day of the Dead” has been a tradition among native Mexicans for a very long time.