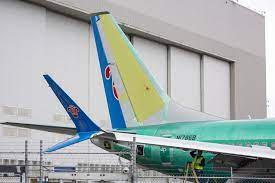 According to the flight tracking website Flightradar24, a Boeing 737 Max 8 took off in China on Friday for the first time since the government grounded all 737 Max 8 aircraft in 2019.

According to Chinese aviation authorities, “strict control of safety risks” necessitated the grounding of all Boeing 737 MAX 8 aircraft in the country in March 2019. After two 737 Max 8 crashes in Ethiopia in 2019 and Indonesia in 2018, the decision was made.

According to Flightradar24, the China Southern Airlines-operated Boeing 737 Max 8 that took off on Friday traveled from Guangzhou to Zhengzhou. The flight takes place as the Chinese travel market is beginning to recover following the country’s elimination of zero-Covid policies.

After the two fatal crashes, Boeing and its former CEO Dennis Muilenburg agreed in September to pay substantial fines to settle charges brought by the US Securities and Exchange Commission that they misled the public about the safety of the 737 Max.

The SEC had alleged that Boeing and Muilenburg told the public that the 737 Max was safe to fly despite knowing that a portion of the plane’s flight control system posed an ongoing safety concern following the October 2018 crash that killed 189 people.

The SEC claimed that Boeing and Muilenburg knowingly misled the public about “slips” and “gaps” in the certification process of that flight control system following a fatal 737 Max crash on March 10, 2019.