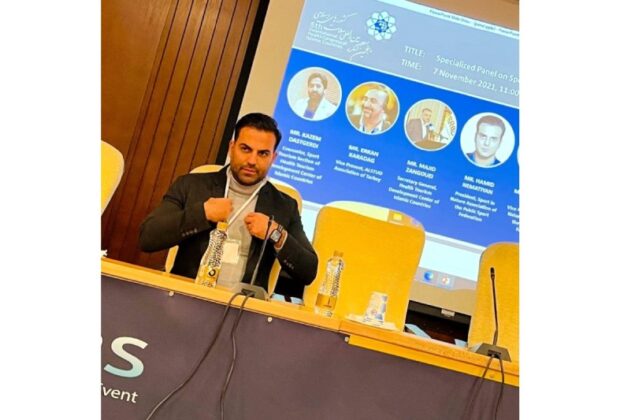 According to research, regular exercise has been shown to increase the amount of oxygen received by the brain, which in turn improves memory as well as learning.

Of course, keep in mind that doing strenuous exercise just before an intense brain activity such as an exam can lead to physical fatigue and ultimately reduce your efficiency.

Daily activities, especially those that cause your skeletal system to malfunction, can damage your body.

To this end, recent research shows that regular exercise can restore the body and the skeletal system to normal and accelerate the process by strengthening the muscles that are responsible for this task

By exercising, the body will be in a proper and well-shaped way, which will lead to inner satisfaction and, consequently, increase in self-confidence.. .

On the other hand, exercising, especially in clubs and training classes, leads to a social relationship between people, and this will give people a greater sense of self-confidence.

A sport Master, Coach, Karate Champion and one of the first TRX Instructors in Iran.

Hamid Nematiyan started Sport in soccer playgrounds by playing football & continued in Karate at the age of 7. His love of sport made him to sport professionally in Self-Defense, Impact Wrestling, Full kick-boxing, Body building, physical readiness & TRX. He is an official Trainer with coaching Certifications & is currently one of the most active and successful sport managers in “Sport for All Federation” of Islamic Republic of IRAN.

– Third place in the world Championship 2007

– Head of Iran Association of Sport in Nature 2019-present

– Director of Leisure and Entertainment of Sport Organization 2015-2017

Hamid Nematiyan was awarded by International Green Brand Conference for his unbranched sport activities on Environment & Nature protection issues in 2020.

– Ideation and Innovative implementation of Green Move Festival in the country in order to Produce Sports Equipment based on Disposable and Slow Decomposition Equipment that harms nature.

– The impact of environment and nature on Human Body 2019

How lack of sleep impacts our body