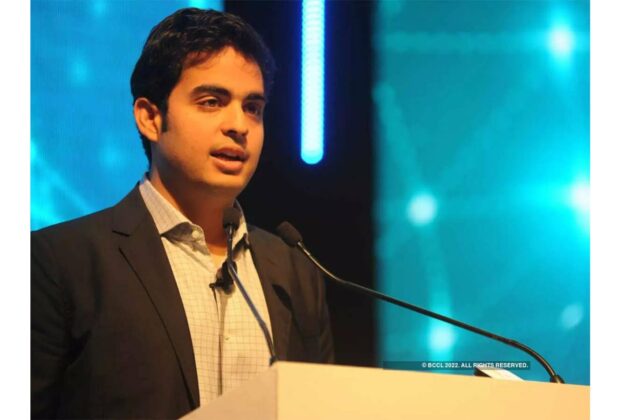 The chairman of Reliance Jio, the largest telecom provider in India, Akash Ambani, has been included in TIME magazine’s list of the 100 most promising young people in the world. The sole Indian to appear on the list is Mukesh Ambani’s 30-year-old son, who serves as CMD of Reliance Industries. In June, Jio named Akash Ambani to chairman.

The 100 emerging leaders who are influencing the future of business, politics, health, entertainment, activism, sports, and more are featured in TIME100 Next.

“Akash Ambani, a member of the Indian industrialist aristocracy, was always anticipated to succeed in business. But he has been working hard, according to TIME.

The elder son of business magnate Mukesh Ambani, Akash Ambani, was elevated to chairman of Jio, India’s largest telecom provider with over 426 million subscribers, in June. In 2014, he became a member of Jio’s board of directors. Since then, he has been crucial in securing billion-dollar investments from Google and Facebook. TIME continued, “If he manages Jio successfully, he may be granted a chance at larger portions of the family’s conglomerate.”

On the other hand, Amrapali Gan, an American business executive of Indian descent, is among the TIME100 Next. Amrapali Gan was hired as the chief marketing and communications officer of OnlyFans, a website for content creators that is largely used by sex workers who make pornography, in September 2020.

The list includes people like the American singer SZA, the actress Sydney Sweeney, the tennis players Carlos Alcaraz from Spain and Ja Morant from basketball, the actor and media personality Keke Palmer, and the environmental activist Farwiza Farhan.

Akash has played a key role in the innovative and inclusive growth strategy put forth by the Reliance Group’s consumer retail and digital services offerings. He is presently driving the digital, highly inclusive production of the “convergence dividend” for over 500 million consumers across all socioeconomic strata.

He played a key role in developing the online environment that supported Jio’s 4G offering. In 2017, he worked together with a group of engineers to develop and release the Jiophone, which was designed with India’s needs in mind. This device quickly gained popularity and enabled many users to switch from 2G to 4G.

Akash played a crucial role in the ground-breaking international investments made by digital giants and investors in 2020, which helped Jio become well-known among investors worldwide.

Speaking about Jio’s future plans for the rollout of 5G last month at RIL’s 45th AGM, Akash Ambani said, “We want to grow the Jio 5G footprint month after month. We will bring Jio 5G service to every town, taluka, and tehsil in our nation by December 2023, or less than 18 months from now.”

Additionally, he disclosed fixed ultra-high-speed broadband. “We are calling it JioAirFiber because you can get fiber-like speeds over the air without any cords. It will be quite simple to swiftly connect your house or office to gigabit-speed internet with JioAirFiber.”

Reliance Jio Infocomm, a Jio Platforms subsidiary, reported a year-over-year increase in its standalone net profit of 23.8% during the June 2022 quarter to Rs 4,335 crore from Rs 3,501 crore.

Sequentially, the earnings increased by 3.9% from Rs 4,173 crore in the quarter ending in March 2022. The digital division of Reliance Industries is called Jio Platforms.