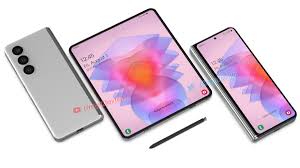 On August 10, starting at 6:30 IST, the Samsung Galaxy Unpacked event will be livestreamed in India.

Before the Galaxy Unpacked event on August 10, Samsung announced that pre-orders for the “Next Galaxy smartphones,” which are rumored to be the Galaxy Z Fold 4 and Galaxy Z Flip 4, have begun in India. The event is being held by a South Korean firm worldwide, and it will begin streaming live in India at 6:30 IST. Samsung may unveil its Galaxy Watch 5 smartwatch and Galaxy Buds 2 Pro TWS headphones in addition to the widely rumored foldable smartphones, according to reports.

The Galaxy Z Fold 4 and Galaxy Z Flip 4 foldable smartphones are expected to be the Next Galaxy smartphones, according to Samsung, which has announced that pre-reservations for those devices will begin on July 31 in India. By spending a nominal sum of Rs. 1,999 on Samsung.com and Samsung Exclusive Stores, you can reserve the Next Galaxy devices. Customers who pre-reserve smartphones will receive extra incentives worth Rs. 5,000 after the handsets are delivered.

It should be mentioned that the South Korean tech giant is also giving its US consumers up to $200 (approximately Rs. 16,000) in Samsung store credits for pre-ordering these forthcoming phones. Samsung has indicated that the “Next Galaxy Smartphones” will be foldable devices, although withholding the names of the smartphones. Along with the Galaxy Watch 5 smartwatch and the Galaxy Buds 2 Pro TWS headphones, the company is anticipated to introduce the Galaxy Z Fold 4 and the Galaxy Z Flip 4.

Delhi’s Private Liquor Stores Will Remain Open for Another Month