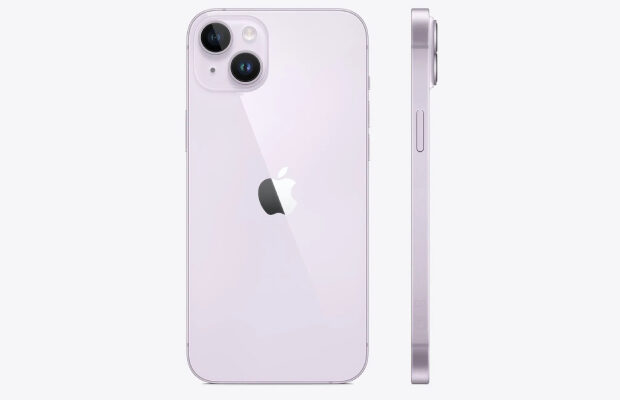 Apple iPhone 14 series: Do you intend to import an iPhone 14 series device through a friend, coworker, member of your family, or other relative? Here are some things to remember.

The iPhone 14 series is out with a new iPhone 14 Plus option this time, instead of the mini. With the Pro models getting major design and hardware updates and new features and improvements across the series, the iPhone 14 models are roughly the same price as last year’s iPhone 13 series during launch, but only in the US.

For non-Pro variants, the iPhone 14 series in India starts at Rs 79,900, and for Pro models, it costs Rs 1,29,900. Apple, in contrast, announced beginning prices for its products that are far lower: $799 (about Rs 63,590) for non-Pro versions and $999 (around Rs 79,507) for Pro models. Although there is a sizable price difference, does it make sense to order an iPhone 14 from the US through a friend or relative? Before you do anything, bear in mind the following advice.

Any iPhone 14 model purchased from the US will not have a physical SIM slot where you may push your own SIM card, regardless of size, as the iPhone 14-series has completely switched to e-SIMs, or electronic SIMs. Users must first change their number from a physical SIM to an e-SIM by contacting the customer care of the appropriate carrier in order to utilise an iPhone 14 series device from the US or any other e-SIM phone in India. E-SIMs are supported by major Indian telecoms including Jio, Airtel, and Vi, however there would be an additional step involved.

Long-term benefits make switching to e-SIMs practical. When compared to going to a store and purchasing a real SIM card, buying an e-SIM in another nation might be quicker if you travel frequently. If you’re a frequent traveller, you can also keep various e-SIM profiles and switch while you’re out and about.

If you stop to consider it, every opening in the frame of your smartphone is one fewer place where dust or water might enter and damage the device. Keep in mind, however, that if you return to a phone without e-SIM connectivity, you will need to repeat the procedure of procuring a conventional SIM card.

3. No satellite connectivity feature in India

Contrary to some other restrictions, the global warranty that comes with Apple’s iPhones means that this won’t be a problem. An iPhone 14-series smartphone bought in the US may also be returned to India under warranty. To ensure a seamless process, it is best to have the required papers with you in a secure location, along with the device. You would probably need to purchase AppleCare+ individually in India if you desired an extended warranty.

Beyond Business and Fitness, Myesha Boulton’s Incredible Story and Message for Women.