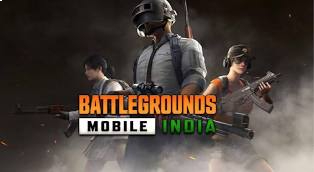 Battlegrounds Mobile India, also known as BGMI, was removed from Google and Apple’s app stores late on Thursday night. These app stores are the Play Store for Android and the App Store for iOS, respectively.

Google has stated that the reason the game was removed from their platform was due to a court order they had received. As at the time this article was written, it was unknown exactly what the sequence included.

India was released as BGMI last year as a version of the well-known Battlegrounds game. Because of Tencent’s publisher, PUBG Mobile’s close ties to the Chinese government, and anomalies in how they handled Indian customers’ private data, the Indian authorities banned the game almost two years ago. In short, PUBG posed a serious security concern.

One of the biggest markets for PUBG Mobile at the time was India. The game’s creators, Krafton, made the decision to sever all connections with TenCent, the firm that published the game. The South Korean game production company Krafton had promised to invest $100 million in the gaming industry in India.

In the past 1.5 years, Krafton has also supported a number of companies in India, such as Nodwin Gaming, Loco, Pratilipi, and Kuku FM. By the end of next month, the company plans to invest another $140 million there.

The withdrawal of BGMI from the Indian app stores of Google and Apple occurs on the occasion of their first anniversary. According to Krafton, approximately 100 million people signed up for BGMI throughout the course of the year, and there were over 16.5 million active monthly users in India.

In the meantime, Krafton India has enquired as to the circumstances surrounding the removal of the games and what laws, if any, may have been broken as a result. Sean Hyunil Sohn, the CEO of Krafton India, has stated that BGMI and PUBG are separate games and that the company has put measures in place to handle any misuse of its titles, such as establishing a time limit on usage, login authentication, etc.

He further stated that the government does not control which apps work and which do not. They step in to address issues with privacy and digital security, and BGMI abides by all rules. PUBG and BGMI are two different video games, according to MeitY, or the Ministry of Electronics and Information Technology.

The withdrawal occurs at a time when the Indian government is pushing down on Chinese tech businesses operating in India and is looking into them for possible tax evasion and unauthorized transfers of Indian currency to their Chinese parent companies. The local headquarters of Chinese smartphone producers Xiaomi, Vivo, and Oppo have recently been searched by Indian authorities.

The Rashtriya Swayamsevak Sangh or RSS-affiliated Swadeshi Jagran Manch had supported this initiative by PRAHAR and had called for an investigation into the antecedents and Chinese influence of games like BGMI and PUBG.

As of writing this article, users who had the games installed on their devices can still play because the servers hosting the game hasn’t been ordered to shut down.