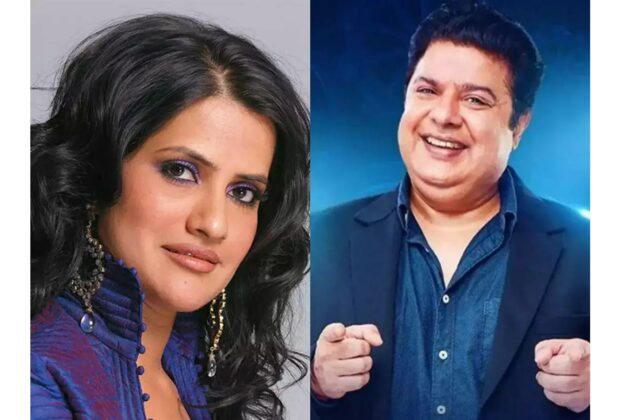 There has recently been a lot of uproar over #MeToo accused Sajid Khan being given a national platform, and singer Sona Mohapatra is disappointed to see the #MeToo movement diluted in India. With the filmmaker’s reality show making it to national television, she wonders if one should be a part of the “culture of silence.”

“We lose if we speak up.” We will lose if we do not. That is the choice confronting women who have spoken out in India MeToo right now. Should we provide free PR and publicity to TV show marketing teams and channels that give a hero’s welcome, seats of authority, and whitewash serial sex offenders like Sajjid Khan, Anu Malik, Vikas Behl, and others? “Should we avoid the troll mud-bath that ensues, making our identity that of controversial trouble-makers, liars, attention seekers, and worse, or should we join the ‘culture of silence’ and normalise this?” she asks.

“Thereby putting the message out to the world that yes, if you are a woman wanting to be a professional, earn a living, and work, you need to be able to suck up and ‘deal with it,'” the singer continues. The latter isn’t even an option for me, or I’m sure for the many courageous women in my sisterhood who are speaking out at the expense of their careers and mental health.”

Mohapatra shared her #MeToo story in 2018, at the height of the movement in India. She accused singer Kailash Kher and composer Anu Malik of sexual harassment.

She mentions here that she understands that systematic change does not happen overnight, and that there is still a long way to go to get there.

“But the very least we can expect from some of these men is an apology.” I expect the good people who care about fighting the good fight and celebrating ‘womanhood’ on Navratri to be on our side. Others who are content to reap the benefits of being poster boys for ‘women’s causes’ by virtue signalling with organisations like MARD should actually stand up, speak up, and act at such critical junctures, rather than when the problem is conveniently elsewhere; because yes, charity truly begins at home,” she says.

In fact, she calls for the justice systems to be retuned while dealing with cases of systemic abuse. “I reached out to the NCW with several testimonies of women who had spoken out about facing abuse at the hands of Anu Malik, some of whom were minors,” she says, “but unfortunately they are merely a toothless organisation on paper with no real powers, led by people with no formal education in gender studies or grassroots experience.”

“Unless we have re-examined and retuned this justice system to deal with systemic serial abuse of power and harassment, don’t even dare to blame the survivors,” she adds.

She concludes by criticising people in the small screen industry.

“It is clear to me that TV channels are a dying media, because OTT platforms are not only creating more relevant, successful content for audiences, but have pivoted following the Me Too movement and become extremely sensitive to such matters with systems in place.” The former are struggling to survive by glorifying perverts for cheap publicity, which is a low-brow and dangerous choice. So I’d say the glass is half full because there has been some positive change in the industry,” she concludes.

The fifth Vande Bharat Express, which will begin service next month, will connect these cities

Among the 10 most beautiful women in the world, Deepika Padukone is the only Indian. Here’s who topped the list