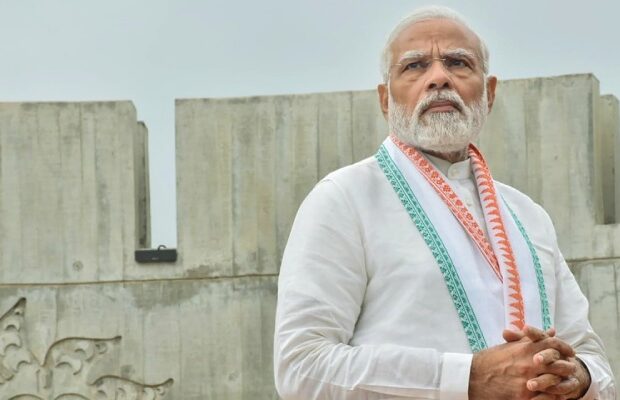 The national government wants to attract 10 lakh people via a new campaign.

The world’s fifth-largest economy is now India, according to Prime Minister Narendra Modi on Saturday, who also emphasised that India was able to move up from the tenth position in just eight years. India had overcome the United Kingdom a few weeks prior to take the fifth spot on the list. The nation was then expected to move up to the third position, according to predictions.

India rose from the eighth to the fifth rank in the last eight years. When speaking at a virtual event for the “Rozgar Mela,” Prime Minister Modi said, “This has been made possible because in the previous seven to eight years, we have removed the barriers that were standing in the way of the economic growth. According to PM Modi, several major economies around the world are “struggling with inflation, unemployment…side effects of the largest crisis in 100 years, which can’t just go away in 100 days,” according to news agency ANI. He was referring to the coronavirus, which had a devastating economic impact on many countries.

Over 10 lakh people are the goal of the government’s recruitment drive, and 75,000 of them received offer letters on Saturday. In addition to stating that “self-reliance” is crucial for progress, PM Modi said that “thousands of others would be granted work chances in the coming months.”

There were not many start-ups in 2014. The number has now surpassed 80,000. Indian businesses are likewise becoming more independent. India is en route to becoming the world’s hub in several fields, Prime Minister Modi emphasised.

Randeep Surjewala of the Congress, however, referred to the Rozgaar Mela as “eventbaazi” and claimed that the government was forced to acknowledge the unemployment situation as a result of the grand old party’s Kanyakumari to Kashmir Bharat Jodo Yatra.

Elections are halted for Imran Khan because to allegations of corruption