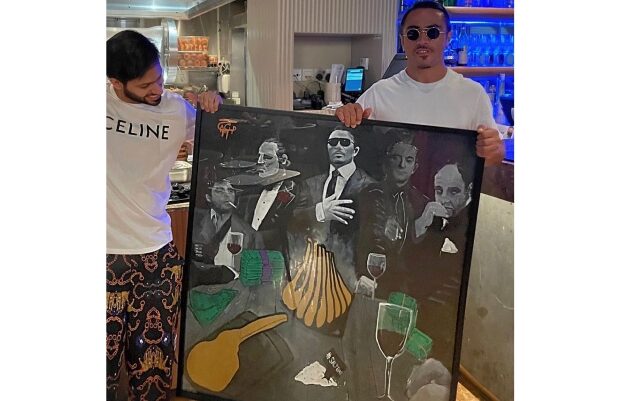 Even though art is a vehicle for us to express our ideas, feelings, intuitions, and wishes, it also allows us to share how we view the world, which for many people is a reflection of who they are as people. The evolution of art occurs across time. If a certain artist holds a foothold in the world of art, it depends on a number of variables. One of them is the style and trend of the era in which the artist lived, and another is how long an artist’s fame lasts. Another aspect to take into account is the influence an artist has on his contemporaries. Ranking the best artists of all time may come down to personal preference, but only if the art is flawless.The artist Humaid Rashid Alnuaimi known as Humaid’s world had created a strong impact on people through his art skills.

His quest began when he decided to make his hobby into his passion. He began drawing in 2002 by seeing artists on television, trying to imitate them, and taking inspiration from them. Even though he didn’t have a sketchbook with him, he began gesturing and drawing in the air and painting in the streets because drawing was the only activity he enjoyed. Because he is so passionate about it, his gift for art is ingrained in him. However, drawing was initially only a pastime before eventually developing into a dream job. He used to create cartoon characters and caricatures, and he later began to create caricatures that allude to political issues.

However, it wasn’t easy for Humaid Rashid Alnuaimi known as Humaid’s World to reach this pinnacle of success, as he passed through several odds in his life but he took them as a lesson and walked to his goal.He has worked on numerous art projects and partnerships with a variety of worldwide clients, companies, royalty, celebrities, organisations, VIPs, chefs, collectors, public speakers, Djs, and singers.