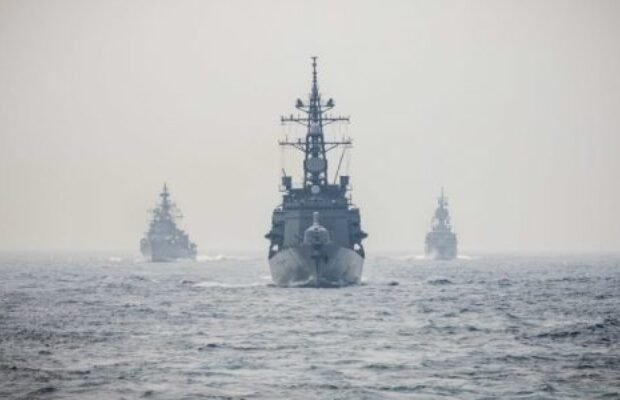 Malabar 2022 will be led by the US Navy’s aircraft carrier Ronald Reagan and will have a strong anti-submarine, rapid deployment, surveillance, and force projection element.

The powerful navies of this ever-strengthening grouping of democratic nations will hold Malabar exercises off the coast of Yokosuka in Japan from November 8 to 18 this year, with the QUAD Foreign Ministers reaffirming their commitment to oppose any unilateral actions that seek to change the status quo in the Indo-Pacific. Yokosuka is a US Navy base that is currently home port to Carrier Strike Group 5, led by USS Ronald Reagan.

The Indian Navy is expected to send a Shivalik class stealth frigate and a Kamorta class anti-submarine warfare stealth corvette, as well as a Boeing P8I anti-submarine warfare aircraft and a force component, to the annual major exercises between QUAD partners. During this exercise period, the QUAD navies are expected to conduct advanced exercises with live firing and war gaming manoeuvres.

On October 12-15, the second phase of Malabar 2021 was held in the Bay of Bengal, with the US Navy represented by aircraft carrier Carl Vinson and two destroyers. A destroyer, a frigate, and a submarine represented the Indian Navy. The Japanese and Australian navies each sent two warships to participate in these exercises.

Given the PLA Navy’s aggressive posture in the Indo-Pacific, as well as the frequent appearance of Chinese submarines in the Indian Ocean, previous QUAD maritime exercises included coordinated anti-submarine operation drills and special forces operations.

The basic goal of the Malabar exercise, which began as a bilateral India-US exercise in 1992, is for QUAD navies to operationally understand each other as they are bound with the common goal of securing sea lanes of communication and freedom of navigation in the Indo-Pacific, particularly the South China Sea.

After Chinese belligerence in both East Ladakh and Taiwan, the decision to add the Australian Navy was made in 2020. The Australian Navy last participated in Malabar before 2020, in 2007, along with a Singapore contingent.

The five-member grouping was scaled back after Beijing issued a demarche to all countries, claiming that the exercises reeked of anti-China sentiment. Due to wolf warrior Chinese actions in the South China Sea and Indian Ocean, the Malabar was reconvened in 2017 as a trilateral with Japan and the US, and in 2020, the QUAD countries came forward and joined hands.

During House Speaker Nancy Pelosi’s visit to Taiwan last month, the US Navy was forwardly deployed in the Philippines Sea during Chinese live fire drills. The Indian Navy has been cheesed with China for increasing the frequency of PLA ballistic missile and satellite tracking ships in the Indian Ocean, and with Sri Lanka for allowing Beijing’s strategic assets to dock at Hambantota Port.

Does Apple’s iPhone 14 get cheaper after it’s manufactured in India?