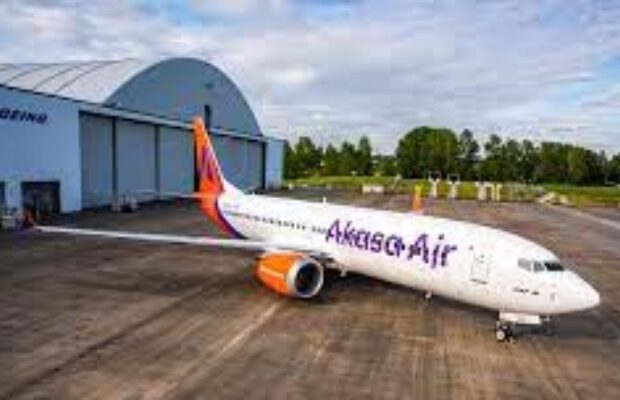 Aside from losing key investor Rakesh Jhunjhunwala, the airline also experienced changed regulations, cut-throat competition, and much more over the last 30 days.

Today marks the one-month mark for Akasa Air in Indian airspace. For the airline, the past thirty days have been full with unexpected events, not all of them good. The untimely death of major shareholder and unconventional investor Rakesh Jhunjhunwala was announced just one week after the maiden flight. He was never supposed to be involved in day-to-day operations, but the airline had a strong name to rely on in Jhunjhunwala.

Aside from this unfortunate incident, the airline’s first month of business gave it a taste of shifting laws, fierce competition, and more.

Separately, Akasa Air said it might make an order for more aeroplanes beyond its initial 72-aircraft commitment during the next 18 months.

During the COVID-19 epidemic, Akasa Air was planned. The government has since instituted ceiling and floor caps for fares. While the pricing limitations persisted, the capacity cap was removed barely three days after Akasa Air began service.

As predicted, the lifting of caps caused flight fare to decline. Consumers benefit from price wars, but an intense one is terrible for business. In this situation, there is a fare war where prices are less than half of what they were under the regime of capped fares on a select number of flights, including all of Akasa Air’s itineraries.

IndiGo, the country’s largest carrier, added flights on all the routes Akasa Air started. Any increase in capacity at such short notice needs higher market stimulation to attract traffic and that can only be done by dropping fares. Add to that the relatively lean season and it becomes a double whammy for the airline.

In a fare capped regime, the airline would have had assured ticket prices in the 15-day window leading to the flight, which no longer exists. On certain dates, flights between Mumbai and Ahmedabad are available for just over a thousand rupees. Take away the taxes and the airline will get just about Rs 500 or Rs 600 from passengers who buy this fare.

Two-and-a-half weeks into the launch, the airline was impacted by a systems issue, which led to some user information, such as name, gender, email address and phone number, possibly being viewed by unauthorised individuals.

This was on the back of a not-so-good day of opening reservations for the airline, when the website crashed and the menu created confusion.

The problems notwithstanding, Akasa Air has made a strong entry. Four of its aircraft have landed in the country and one more is expected soon. This is the fastest induction for a new airline. The rules mandate airlines to operate five aircraft in a span of one year of operations. AirAsia India took 10 months to induct its fifth aircraft while Vistara had nine aircraft at the end of its first year.

Akasa Air wants to add one aircraft every two weeks, but a lot of that would depend on the supply chain issues plaguing aeroplane manufacturers. Issues with engines, seats and the overall supply chain have delayed deliveries of aircraft for both Airbus and Boeing. In the case of the Boeing 737 MAX, while there are white tails available — aircraft that have not been taken up by airlines and hence available immediately — it still needs seat changes, among other things, before delivery.

Unlike other airlines though, Akasa Air has entered on a strong footing, with more than one frequency on most markets that it is entering. Cornering capacity share leads to getting market share. But the airline will have to keep an eye on the cost at which all this comes.

When Katrina Kaif started dating Vicky Kaushal, she admitted that she felt some aspects were “restrictive.”