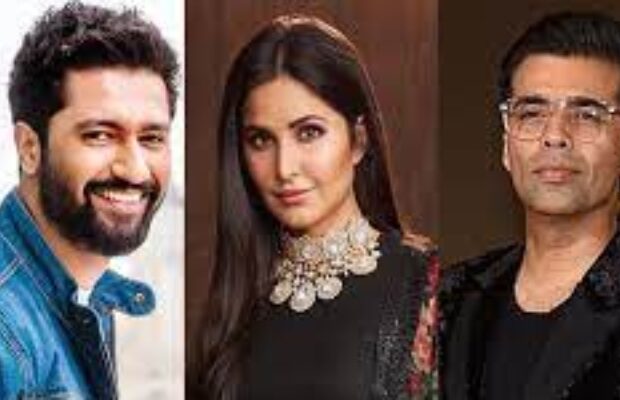 On Koffee With Karan S7, Katrina Kaif revealed details about her relationship with Vicky Kaushal. The actress talked about their courtship and how she met the actor.

Alongside Siddhant Chaturvedi and Ishaan Khatter, Katrina Kaif made an appearance on Koffee With Karan S7 Ep 10. She had a lot to say about getting married to Vicky Kaushal. She also discussed the time they went through and the family’s acceptance of her. Since the two have distinct families, Karan questioned whether Katrina faced any difficulties and whether it was simple for the families to reunite during the programme. He questioned, “Is it like a ‘cross culture bash where everyone is totally absorbed?'”

In response to the same question, Katrina was frank and admitted that she adores Vicky’s personality when he is with his parents, brother Sunny, and mother. She acknowledged that at first, their relationship was a little “restrictive.” However, she would also want her family to be treated with the care and dignity the actor showed his parents.

“She remarked, “It’s amazing how he is with his family, and even if you find some aspects of his, the way he would have been at the start of our relationship, a little bit restricted, at some point, you have to accept that. One thing that has always crossed my mind is that if he treats his future family with the same loyalty and priority as he does his current one, he will do the same when he marries. His morals and ideals are so ingrained in him that I found them to be overwhelming.”

She also discussed what, in her opinion, are the key components of a successful partnership. “Since this is not my first relationship, you already know what’s important. They aren’t always the flashy and entertaining things. They are beautiful, but in the long run, you need what it takes to get through.”

After spending a considerable amount of time together in secret, Vicky and Katrina got married on December 9, 2021, in Rajasthan.