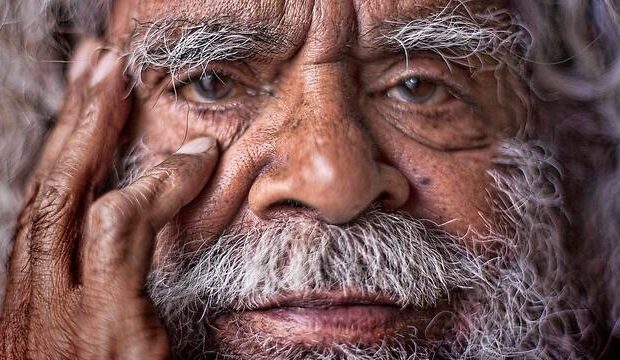 Last Thursday, the renowned musician, actor, and activist turned 79. He is known as a major role in Indigenous culture.

The beloved star of stage and screen Uncle Jack Charles has passed away peacefully surrounded by loved ones.

In a statement, his family stated that the 79-year-old legend had suffered a stroke, before passing away at the Royal Melbourne Hospital Tuesday morning.

“We are so proud of everything he has achieved in his remarkable life,” reads the statement.

“May he be greeted by his Ancestors on his return home.”

The family have given permission for his name and image to be used.

Generations of Australians are familiar with the Boon Wurrung Dja Dja Wurrung Woiwurrung Yorta Yorta Elder as the actor with the treacle vocal chords, whose deep baritone provided the music to countless plays, television shows, and films.

He also consistently worked toward the advancement of Aboriginal and Torres Strait Islander people, particularly in the areas of education and the Stolen Generations.

His family was able to say goodbye to him on Country before his passing during a smoking ceremony at the Royal Melbourne hospital.

A tough start to life

Charles was born on September 5, 1943, in the Cummeragunja Reserve. He came from a well-connected family; his great-great-grandfather had been a member of the Blak political monarchy that had fought colonial interference in Aboriginal affairs at the Coranderrk reserve in Victoria.

Mannalargenna, his five-times great-grandfather, was a well-respected Elder of his people and served as an emissary and ambassador to neighbouring clans.

Charles, a member of the Stolen Generations, was taken from his family when he was just four months old.

He was later transferred to the Box Hill Boys’ Home, where he spent his 12-year tenure being abused by the staff and other boys. The first time he would see his mother was when he was 19 years old.