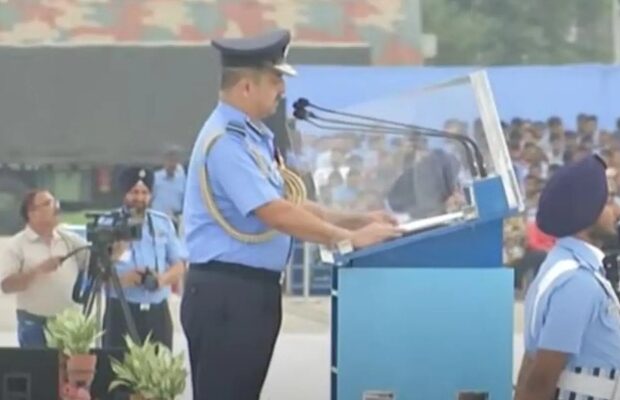 IAF Chief Air Chief Marshal (ACM) VR Chaudhari announced on Tuesday that the Indian Air Force has decided to start accepting female candidates for the Air Force Agniveer scheme in 2019. On October 8, before to the IAF’s 90th Raising Day, he spoke at the annual press conference.

For the first time, the Air Force has announced female applicants for Other Ranks (ORs) positions. Induction of women as ORs under the Agniveer scheme had been announced by the Navy and Army. Women have been enlisted as officers in the Air Force.

Days before the 90th Indian Air Force Day, Chaudhari declared in an interview with the media in Delhi: “We as an organisation are gender agnostic and recognise merit and accomplishment above all else. A high percentage of female officers in the IAF is evidence of our dedication to ensuring equality of opportunity and a level playing field for all people, regardless of gender.

Next year, there will be the introduction of female Agniveers, he said. Approximately 3,500 Agniveers will be enlisted by the Air Force as part of its recruitment efforts in 2019. In December of this year, 3,000 male Agniveers will enter the service.

Regarding purchasing oil from Russia, Hardeep Puri claims that “no one stopped”