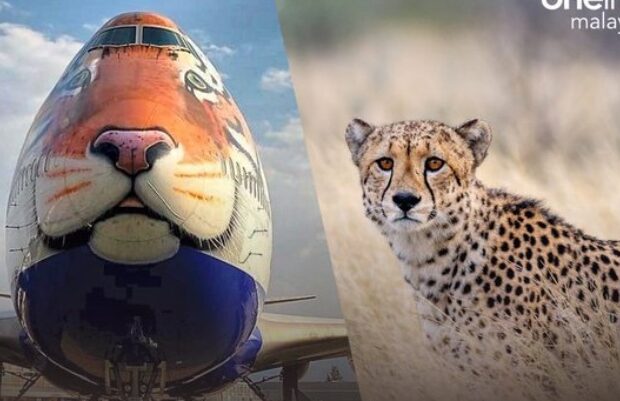 On September 17, early in the morning, a modified Boeing cargo jet will take off from Namibia’s capital city of Windhoek and land at Jaipur Airport.

Five female and three male African cheetahs will leave on Friday for their nearly 10-hour, 8,000-kilometer trek to India, where they will make their new home. Managing a human-animal conflict will be the largest problem in India, according to Dr. Laurie Marker, one of the world’s foremost experts on cheetahs who is travelling on the Boeing 747.

At the Cheetah Conservation Fund (CCF) facility in Namibia’s Otjiwarongo, the cheetahs, which range in age from two to six years, are currently housed for quarantine and treatment in a “boma,” a tiny enclosed camp. Each animal has had vaccinations, a satellite collar, and a thorough physical examination.

On September 17, early in the morning, a modified Boeing cargo plane will take off from Windhoek’s Hosea Kutako International Airport and arrive at Jaipur’s airport.

The animals will then head to their new home in Kuno National Park in Madhya Pradesh.

The American specialist has advised the Indian government on the cheetah relocation project for the past 12 years, and CCF has been in charge of the initiative on behalf of the Namibian government.

Dr Marker says she first carried out a cheetah relocation project from Namibia to South Africa in 2005 — the latter country now has nearly 1,000 individuals.

“As much as 77 per cent of the cheetahs in Africa actually live in regions outside Protected Areas — and the reason they have been able to co-exist with minimal human-animal conflict is not just because the cheetah is not an aggressive animal, unlike lions or tigers, but also because of the awareness programmes that the governments have created in educating farmers on how to handle cheetahs. Since cheetahs do attack livestock, the biggest threat to the cheetah I would say, and to conservation projects like reintroduction in India, is from farmers trying to defend their livestock. But there are methods to deal with this, including keeping herders, guardian dogs, and keeping livestock healthy and strong so they don’t get picked up by cheetahs,’’ said Dr Marker.

Dr Marker adds that keeping a healthy and prolific prey base will also ensure that the cheetah does not attack livestock.

“While we have carried out numerous projects of rewilding cheetahs across Africa since the 1990s, this is the first time such a trans-continental project like this is taking off. And it is of great importance to the global conservation of the cheetah, which is critically endangered in many parts. The cheetah has gone extinct in a number of countries due to human activity, so it is our responsibility to ensure that it is brought back and preserved. Of course the ideal situation would be to conserve animals because re-introduction is a difficult and long process. But once an animal becomes extinct, this is the only way,” said Dr Marker.

The arriving cheetahs, which include two male siblings, have been selected based on an assessment of their health, disposition, hunting skills, and ability to contribute genetics that will result in a strong founder population.

Cheetahs are among the oldest of the big cat species, with its ancestors going back about 8.5 million years. CCF believes that the number of cheetahs is just under 7,500 individuals globally. It is listed as “vulnerable” by the World Conservation Union (IUCN) Red List of Threatened Species. Two subspecies, the Asiatic cheetah and the Northwest African cheetah, are listed as “critically endangered”.

The aircraft bringing back the animals has been sourced by Action Aviation which typically carries out animal translocations. Carrying an image of a tiger on its nose, it was sourced from a UAE-based aircraft company called Aquiline International Corp.

Beyond Business and Fitness, Myesha Boulton’s Incredible Story and Message for Women.