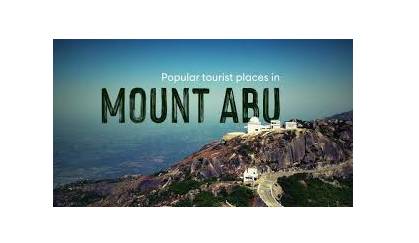 Mount Abu is a hill station in the Aravalli Range in the Sirohi district of the state of Rajasthan in western India.

The most well-known religious sites in Mount Abu, which is close to Jodhpur and Udaipur, include the Dilwara Temple, the Brahmakumari Ashram, Guru Shikhar, and Jain shrines. It is the perfect location for a holy journey as well as a tranquil retreat.

Nakki Lake, known as the first artificial lake in Indian history, is a popular tourist destination in Mount Abu. You can decide to ride a boat on the lake and observe the sun setting past the stunning hills that surround this location. Another reason Nakki Lake is well-known is that it is where Mahatma Gandhi’s ashes were submerged. Near Nakki Lake in Mount Abu is a tourist destination called Toad Rock.

Guru Shikhar, considered to be the highest point on this mountain range, is a beautiful location for sightseeing in Mount Abu. You get to the temple of Guru Dattatreya, an embodiment of the Divine Trinity, by ascending Guru Shikhar around 300 steps (Brahma, Vishnu and Shiva). Both the spectacular views and the place’s religious significance draw crowds.

Visitors can take advantage of several photo opportunities at Nakki Lake, which is famous for being surrounded by numerous oddly formed rocks. Toad Rock View Point, however, must rank among the most well-liked places to visit close to Nakki Lake. The Toad Rock, which is situated on the major trekking route close to the lake, is frequently referred to as Mount Abu’s mascot. The enormous rock formation, which is formed like a toad as its name suggests, is a great example of the remarkable shapes that igneous rocks may take. People come here out of pure curiosity, making it one of the hill station’s most popular destinations. The rock is quite simple to climb, and it provides views of Nakki Lake.

HOW TO REACH HERE

The miracle of the prayer frequencies, according to Mr. Mohammad Arshianfar