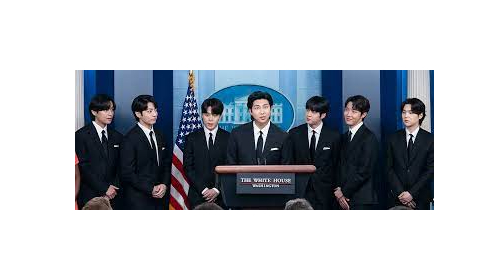 The well-known South Korean boy band BTS has attracted a lot of attention. Considering their voice, fierce dance skills, and appearance. The boy band has a massive fan base, and everyone wants to know everything there is to know about them. The boy band, which comprises V, Jungkook, Suga, Jimin, Jin, RM, and J-Hope, has seven members in total. They are the South Korean sensations that have spread around the world thanks to their impressive performances and good looks.

Bangtan Boys, Bangtan Sonyeondan, and Beyond The Scene are other names for BTS. 2013 marked the year of their debut. While you may already be familiar with each member’s personality and fan base, we are providing something here that you may find interesting.

Rumor has it that Jungkook bought a Mercedes Benz GT63S for himself in 2020, and he has frequently displayed the magnificent vehicle on social media.

V was so taken with the car that he went out and bought one for himself after the filming because the BTS members were seen driving a Genesis GV80 SUV in one of the films. The cost of the car varies depending on the model, from 60.7 million won to 66.7 million won.

Jin is a huge fan of sports cars and has a significant collection of upscale vehicles. According to reports, Jin was spotted in 2017 operating a Porsche Panamera GTS or Turbo. Both the model and the car are worth over $100,000, despite the fact that not many people were certain of them. In 2019, Jin later bought a second flashy-colored luxury automobile for himself. Jin bought a Lamborghini Aventador S in blue. The automobile costs a staggering $522,000!

The BTS member with the greatest net worth is reportedly RM. However, no one is aware of the automaker RM uses.

Happy Birthday Kriti Sanon: An overview of her remarkable Bollywood journey from Heropanti to Mimi