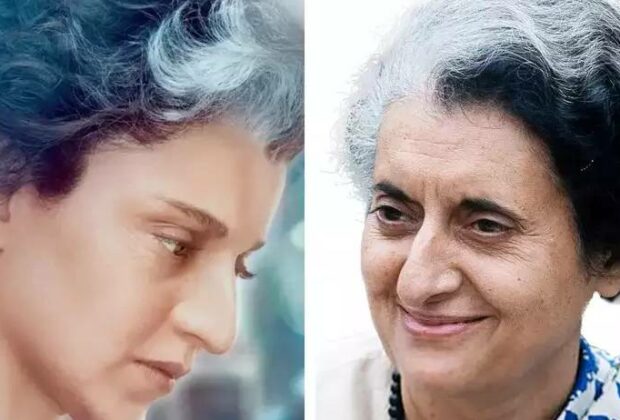 Bollywood actor-director Kangana Ranaut dropped the first look teaser of her upcoming period directorial Emergency on Thursday.And, we are thoroughly impressed with Ranaut’s eerie resemblance to former Indian Prime Minister Indira Gandhi.While the actor has stressed the film will not be Gandhi’s biopic, it’ll be interesting to see how Ranaut treats the subject of 1975’s Emergency.

Taking to her Instagram handle, Ranaut dropped a little over a one-minute clip, giving us the maiden look of her as the leader.Her caption read: “Presenting ‘Her’ who was called ‘Sir’ #Emergency shoot begins.”In the clip, we see the ex-US secretary of state Henry Kissinger asking if American President Richard Nixon can address Gandhi as “Ma’am.”

Kangana Ranaut left everyone spellbound with her stunning physical transformation as Indira Gandhi for her upcoming film, ‘Emergency’. The teaser and first look poster of the film were unveiled on July 14.
In an interview with a news portal, Kangana credited Oscar-winning make-up artist David Malinowski for her look. According to her, David and his team are astute professionals. She revealed that an entire team flew down from London. They had a series of meetings to ascertain the final look and did a bunch of look tests. David took the calls on how to go about it. In fact, he even pointed out that Kangana physically resembles Mrs Gandhi a lot, including the skin texture and jawline. The actress also told him that in India, people believe that she is the perfect person to play Mrs Gandhi.