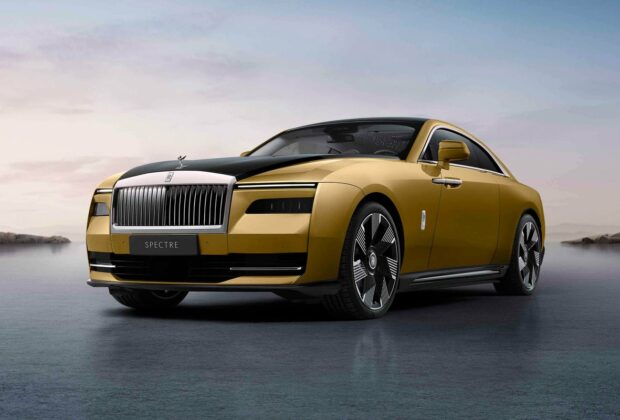 The extremely wealthy appear to be doing just fine in spite of widespread worries about the economy and the possibility of a recession. Automobile manufacturers catering to billionaires such as Rolls-Royce, Bentley, and Lamborghini saw record sales once more last year.

In its 118-year history, Rolls-Royce has never exceeded that number. Last year, the company delivered more than 6,000 vehicles, its first time ever exceeding that number. However, to put that into perspective, in 2022, BMW, Rolls-Royce’s parent company, sold approximately 2.4 million automobiles worldwide.

SUVs were a major contributor to these brands’ extraordinary sales numbers. Last year, more than half of Lamborghini’s sales were of the SUV known as the Urus, while 42% of Bentley’s sales were of the Bentayga. Bentley and Lamborghini are both part of the Volkswagen Group, and their SUVs share a lot of engineering.) Last year, the Rolls-Royce Cullinan SUV was responsible for nearly half of that brand’s sales.

Torsten Müller-Ötvös, the chief executive officer of Rolls-Royce, stated that sales growth will not slow down. One reason for this is that the world keeps producing more billionaires.

“When you look into the growth of ultra high net worth individuals, so our clientele, basically,” he said, “that is forecast to rise over the next five years by two to three percent each year so there is potential, around the world, for more.”

All three of these brands had the largest single market in the Americas, with the United States holding the largest share of that market.

According to Müller-Ötvös, Rolls-Royce currently holds standing orders through 2023. The Italian manufacturer of supercars made the announcement that Lamborghini has an order bank that reaches the middle of 2024.

Not only are people buying more cars, but those cars are also getting more expensive and more customized. Last year, Rolls-Royce customers paid a record amount for options on their automobiles and SUVs.

According to Müller-Ötvös, the automaker has already purchased land close to its Goodwood, England, factory to make room for a new paint shop that will perform more specialized custom paint work. The Ghost sedan and the Cullinan SUV, which account for the majority of sales, start at approximately $340,000 and go up to approximately $460,000 for the massive Phantom sedan. However, the automaker stated that the average price of a Rolls-Royce in the previous year was greater than $500,000

According to Michael Rocco, vice president for Bentley America, customers in the Americas added an average of $43,000 worth of options to their vehicles. Bentley offers a similar wide range of custom options. The Mulliner customization division of the brand handles requests for unique paint colors and trim, and customers who went further spent approximately $75,000 on vehicle options.

The Spectre, Rolls-Royce’s first fully electric vehicle, was also recently unveiled and will soon enter production. Müller-Ötvös told reporters that even though no customers have driven the car yet, orders are already significantly higher than what the business had anticipated. However, he refused to specify a specific number.

“What is probably happening is that it will exceed our volume assumptions, that is what I can tell you today,” he said.