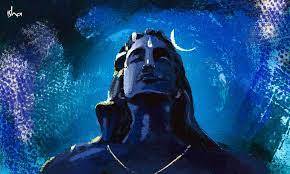 Sawan MahaShivratri 2022: All you want to know about the Hindu festival that is celebrated every year on the Chaturdashi Tithi during Krishna Paksha in the month of Shravan.

Every year on the Chaturdashi Tithi of Krishna Paksha in the month of Shravan, Hindus celebrate Sawan Shivratri. The month of Sawan this year starts on July 14 and ends on August 12. This day commemorates the marriage of two mighty cosmic powers, as it is believed that Lord Shiva wed Goddess Parvati following her strenuous penance for his long life and well-being. The one that falls in the month of Shravan is known as Sawan Shivratri. Twelve Shivratris a day before the new moon each year. Given that Lord Shiva is honored during the full month of Sawan, it is seen as highly fortunate.

Devotees take Sankalp to fast for a whole day the day after Shivratri and only eat once the day before. Devotees observe a fast on this day, breaking it only the next morning after sunrise and before the Chaturdashi tithi finishes. In the evening, after having a second bath, they perform Shiv Puja.

Smriti Irani’s Family Restaurant in Goa, in the Storm’s Eye