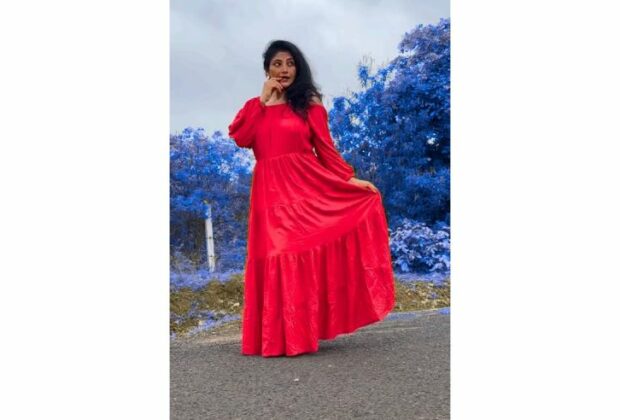 Recently, social media platforms have opened up new avenues for video content makers to succeed. Through reels and quick films, you may now not only capture the attention of millions of people but also use these platforms to make a sizable chunk of money. One of the examples of content producers who have a win-win situation is “Viral Modi,” whose articles are often shared on numerous social media platforms.

Upasana Modi, popularly known as “Viral Modi,” is from Ahmedabad, recognised as the “textile centre of India.” Viral Modi has provided excellent material for social media sites including Instagram, Tiki, Josh, Rizzle, Moj, and others. Fans are raving about her, and you can read about their admiration for Upasana in the comments.

Every big problem can be tackled when you have the support and love of your friends and family. A mother of two adorable children and the wife of a virtuous man, Viral Modi is blessed to be surrounded by people who have always been there to hype her up. Her friends and family members have played an instrumental role in her journey to success.

Her younger sister, Dolly Trivedi, a well-known Gujarati actress, served as the original source of inspiration for Viral Modi. Viral Modi’s interest in acting and dancing was fuelled by having a younger sister while growing up. Her supporters refer to her as an “upcoming actor” because of how well-developed her acting and dancing abilities are. People have also inquired as to Viral Modi’s status as an actress. This, according to Viral Modi, has given her even more confidence.

Viral Modi stands out among other content creators for her “Bindass performance.” The way Viral Modi moulds herself into various characters by diving deep into the psychology of the particular character is really appreciated by her fans. She is also known to be an all rounder.

Though being brilliant has contributed to her success as a content creator on the platforms where she is visible, it is not the only factor. Along with her talent, she places a lot of emphasis on maintaining consistency across various platforms. In order for one’s efforts to be successful on these platforms, one must follow the algorithm consistently.

Viral Modi has experience spanning six to seven years on Tiktok, two years on Instagram, and two years for each of Josh, Moj, Rizzel, and Hipi. A blue tick appears on Rizzle’s profile of her, whereas a grey tick appears on Tiki’s. From 600K to millions, her views have impressively increased. She has earned the love and respect of her followers, thanks to her consistent efforts during the ups and downs.

Thus, “Viral Modi” demonstrates that nothing is insurmountable if you persistently pursue it. No matter how talented you are, nothing matters. At the end of the day, consistency is what matters!

‘Avatar: The Way of Water’ surpasses $1.9 billion at the global box office

Walker Howard, a former quarterback for LSU, has announced his intention to transfer to Ole Miss