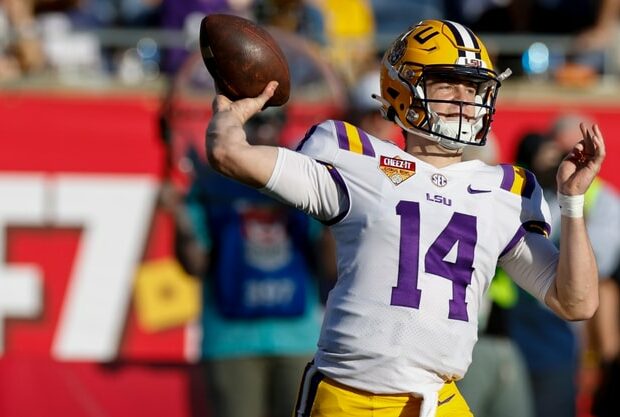 Walker Howard, a freshman quarterback, made the announcement on Wednesday that he will transfer to Ole Miss.

Howard committed to LSU after being ranked No. 42 among the 2022 class of prospects. On January 13, he entered the transfer portal after spending one season with the Tigers. He was the class’ No. 3 dual-threat quarterback and committed to LSU prior to Brian Kelly’s appointment as coach.

Kelly attempted to recruit Howard at Notre Dame and eventually persuaded the recruit from Lafayette, Louisiana, to commit to LSU.

Howard played in only two games this season, behind backup Garrett Nussmeier and Arizona State transfer Jayden Daniels. Ole Miss now has a new quarterback option thanks to him, one of twenty LSU players who have entered the portal since Dec. 5.

Before the 2022 season, USC transfer Jaxson Dart was brought in by Rebels coach Lane Kiffin. This past season, Dart threw for 2,974 yards, had 20 touchdown passes and 11 interceptions. Backup Luke Altmyer entered the portal and transferred to Illinois, according to the staff.

Since Altmyer left and no high school quarterbacks committed for the 2022 or 2023 class, it was necessary to add another quarterback to the roster. Howard adds depth to the staff and can compete with Dart for playing time to help improve the position in the future.

“Viral Modi” Shows How Consistency Leads You to New Opportunities